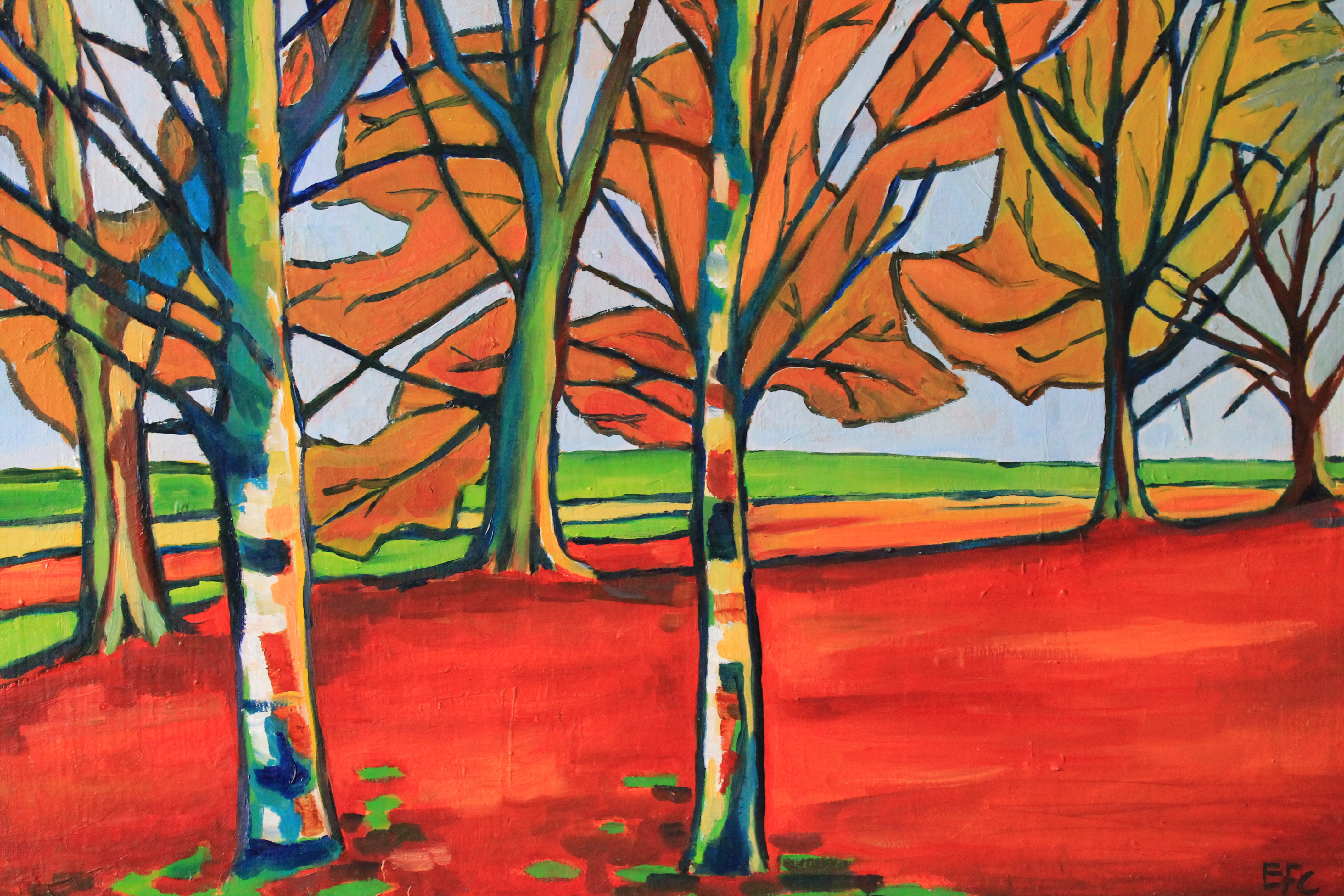 This painting was heavily influenced by the fauvists, especially Paul Gauguin and particularly his painting “Jacob wrestling with the Angel”. The use of brillant red shows the influence and the patches of blocked colour on the tree bark is used in a similar way to that used in to heighten light falling on the faces of sitters in fauvist portraits. The painting also uses this effect on the colour used to depict light draping the edges on the trees in the background. Also like the fauvists, the rule of using green and red, a fundamental fauvist tenet, is also gleefully broken here to interpret the effect of green shoots of grass poking through the autumn burnish leaves, lying decaying on the park ground.