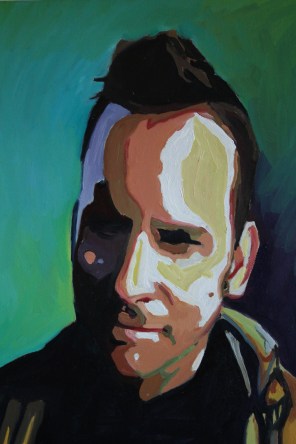 I painted this post fauvist portrait of my husband, Seamas, as a birthday present. The strange thing is that the further the way one steps from the painting, the more it resembles him!? I called it the “Image of Him” because some have said I have also “caught” his resemblance to his father in this portrait also. Hence ,as they say back in N Ireland where Seamas hails from, he is the “image of him!”