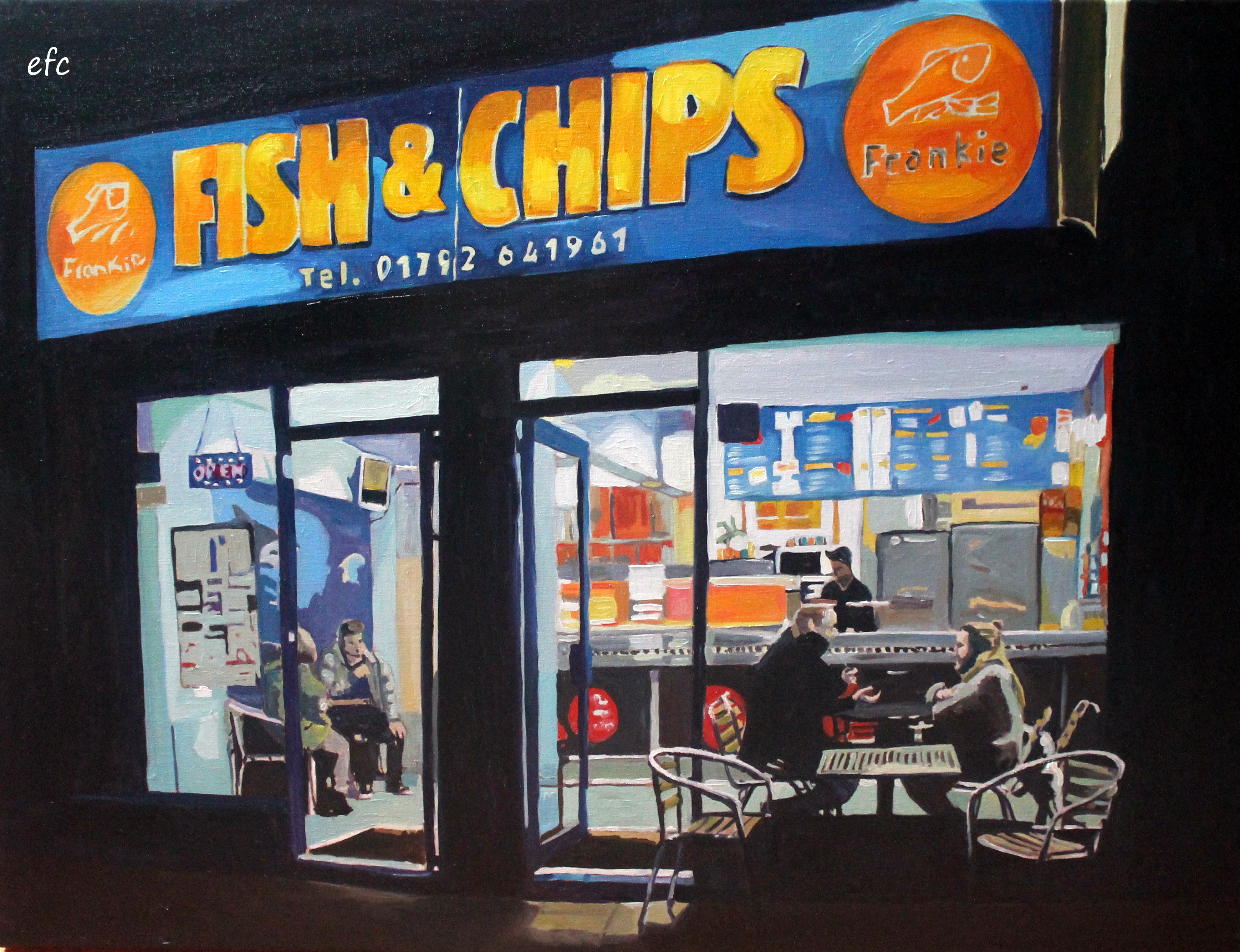 Delighted to have Sold this classic “urban folk” painting “Night Jacks” to a collector in Utah in the US via Artfinder !

“The title of this expressionist “urban folk” painting takes it’s title from Hopper’s “Night Hawks” – I have “Britishized” Hopper’s painting which was set in an American diner by using a British alternative or even equivalent the ever present Fish and Chip shop instead as it seemed appropriate. The second part of the title, Jacks, refers to a name we have here in Swansea for people who come from Swansea.”