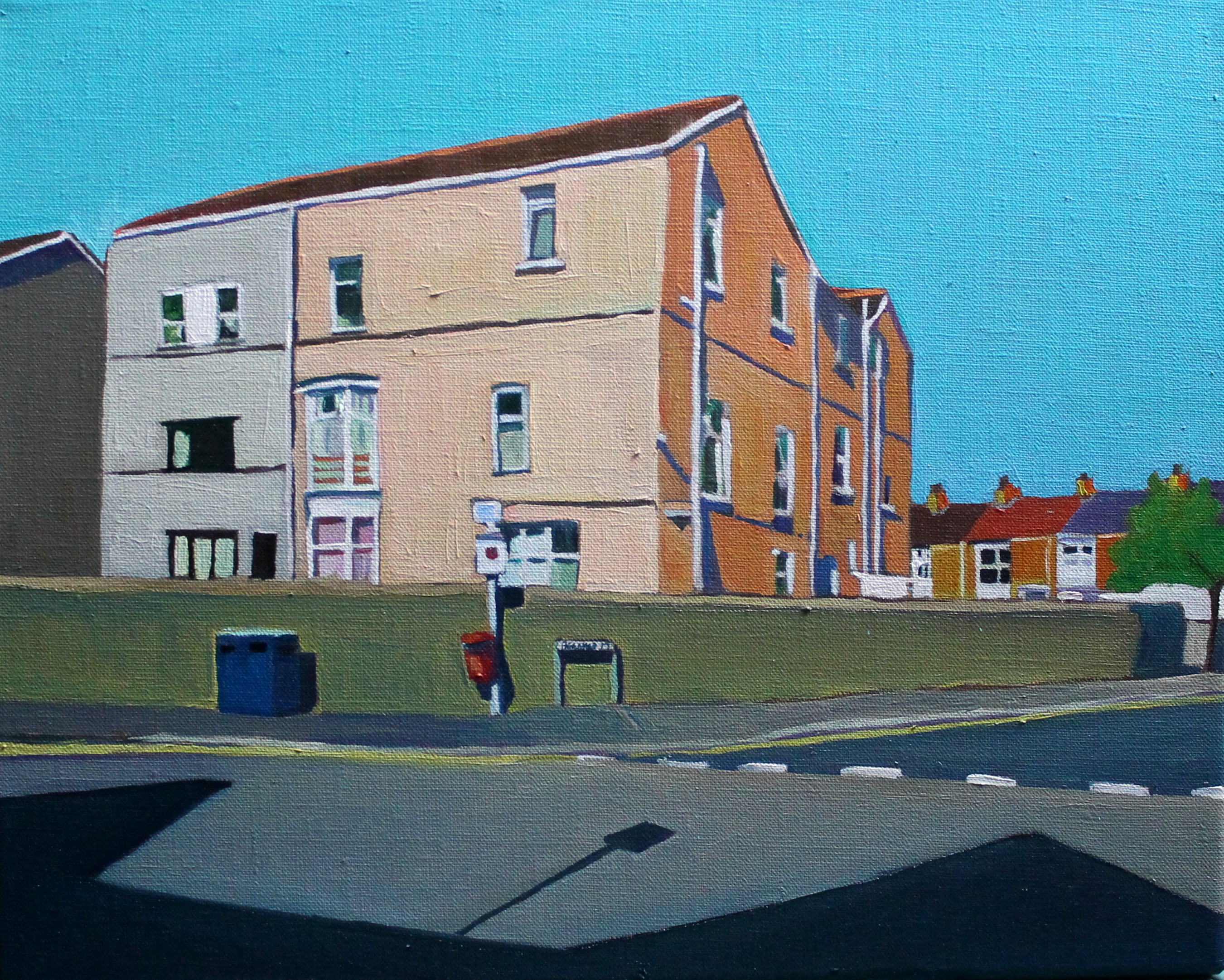 This is a strange rather ugly building. It’s pebble-dashed exterior is tinged grey with neglect. The front garden is unkempt and there’s a red boat in the far corner of the garden. I noticed this building ages ago and was intrigued by it. Why didn’t it look like the houses around it? It reminded me of a block of flats and it seemed out of place amongst the tight terraces.

I have discovered recently that it is, in fact, an old mansion house, originally built in the mid 18th century. If you walk around the back of the building it looks less like an ugly tenement as through a stone archway there is smaller stone building attached called “the cottage”.

Further research reveals that when it was built in the mid-18th century, it was one of few big houses to the west of Swansea. It had 8 generously sized bedrooms, an orchard, walled garden, and farmland. The surrounding areas would have been hay fields, dotted with patches of trees.  It was located far away from the smoking chimneys of the industrial areas along the River Tawe. It had views of the burrows (sand dunes) at the bottom of the hill to the south and, weather permitting, across the bay to the distant shores of Devon. From 1837 onwards, you would have been able to see the new Brynmill Reservoir to the north-west. This lake later became the heart of Brynmill Park.

The name of Rhyddings is a bit of a mystery. I asked my Welsh-speaking facebook friend, Rhydian, his opinion on why “Rhyddings” is pronounced locally with a hard “d” sound instead of with a soft “f” sound. He said,  “short answer is that I don’t know. The word ‘Rhydd’ is Welsh for ‘Free’ but I’m not sure whether there’s any connection there to be honest because the word Rhydding isn’t used today if it was ever a word, and -ing isn’t a common suffix in Welsh.With regards to the pronunciation, it probably is being mispronounced technically but since it’s not, as far as I’m aware, an actual word then I don’t feel it matters.”

The house had many tenants over the years. Thomas Bowdler , was its most notable resident. He was an English doctor of medicine, philanthropist, and man of letters. He lived here in 1818, whilst he was carefully deleting all the unsuitable parts from the plays of Shakespeare ‘which cannot with propriety be read aloud in a family’ to make them suitable for women and children to read:- this was his “The Family Shakespeare”. He died in 1825 at the age of 70 and was buried in nearby Oystermouth.  He left money to the poor of Swansea and his home parish of Box, in Somerset. Although the bulk of his large library was donated to the University of Wales, Lampeter, the remainder of his library and print collection were put up for sale along with his furniture.

The house was subject to a series of misfortune, not least of which was being struck by lightning during an autumn thunderstorm of 1831 and being bombed during the Second World War. Relations with the local community weren’t always easy – different tenants prosecuted local children for minor “crimes” on a more than one occasion. Once for a 12-year-old was prosecuted for “scrumping” (pinching apples) and a 14-year old for picking flowers. In 1873 a public right of way through the near-by Rhyddings Fields were closed off and this provoked an anonymous letter from the fictional  “Twm Sion Catti” (a Welsh version of Robin Hood) demanding to know who had done this. A later tenant, the Dutch South African farmer Richard White Beor, became a Justice of the Peace and no doubt helped keep law and order in this rural area.

The last decade of the 19th century saw the start of the terraces being built. In the 1880s Swansea was growing rapidly. Middle-class suburbs were spreading west. St Helen’s Avenue and King Edward’s Road had been built and houses were starting to climb up Rhyddings Park Road and Finsbury Terrace. By the start of the First World War, the farmland and the orchard was a dim and distant memory.