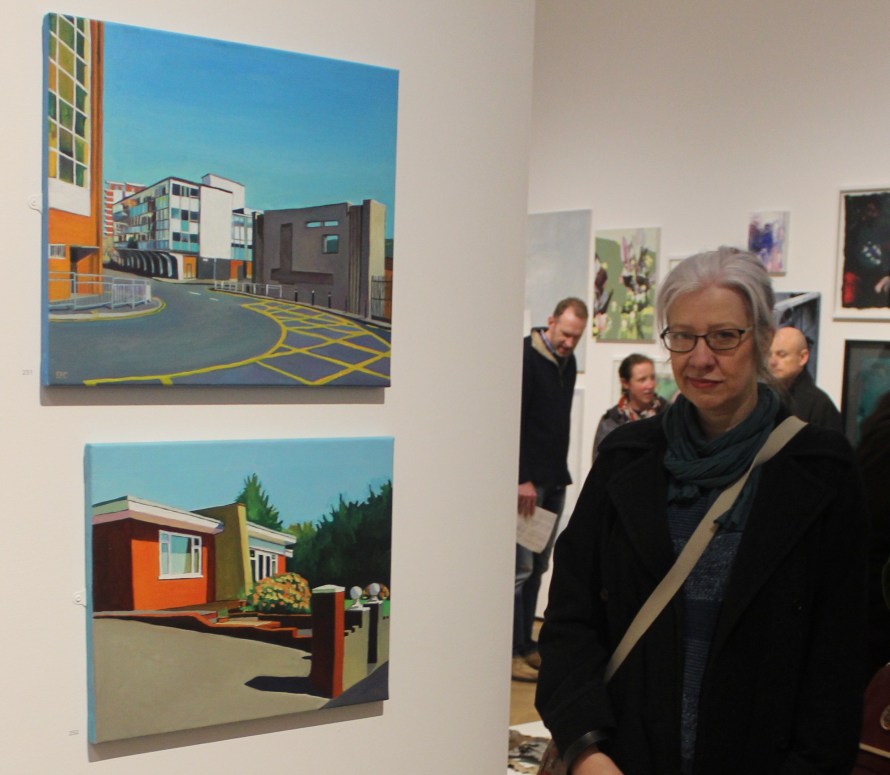 So when the gallery announced that it was going to hold an Open Exhibition this December there was a lot of interest from Swansea-based artists. The opening event on Saturday was super packed. We had to queue to get in.

My two paintings were “Round the bend” and “Glamour Glamour”

Seamas, my husband (James Henry Johnston) also had a self portrait in the exhibition. I thought his painting looked really good!

There was lots of really interesting work there. I really enjoyed the fact that there was a lot of variety and the walls were packed with work. The standard was very high. I intend to return when it’s not so packed to have a another look.