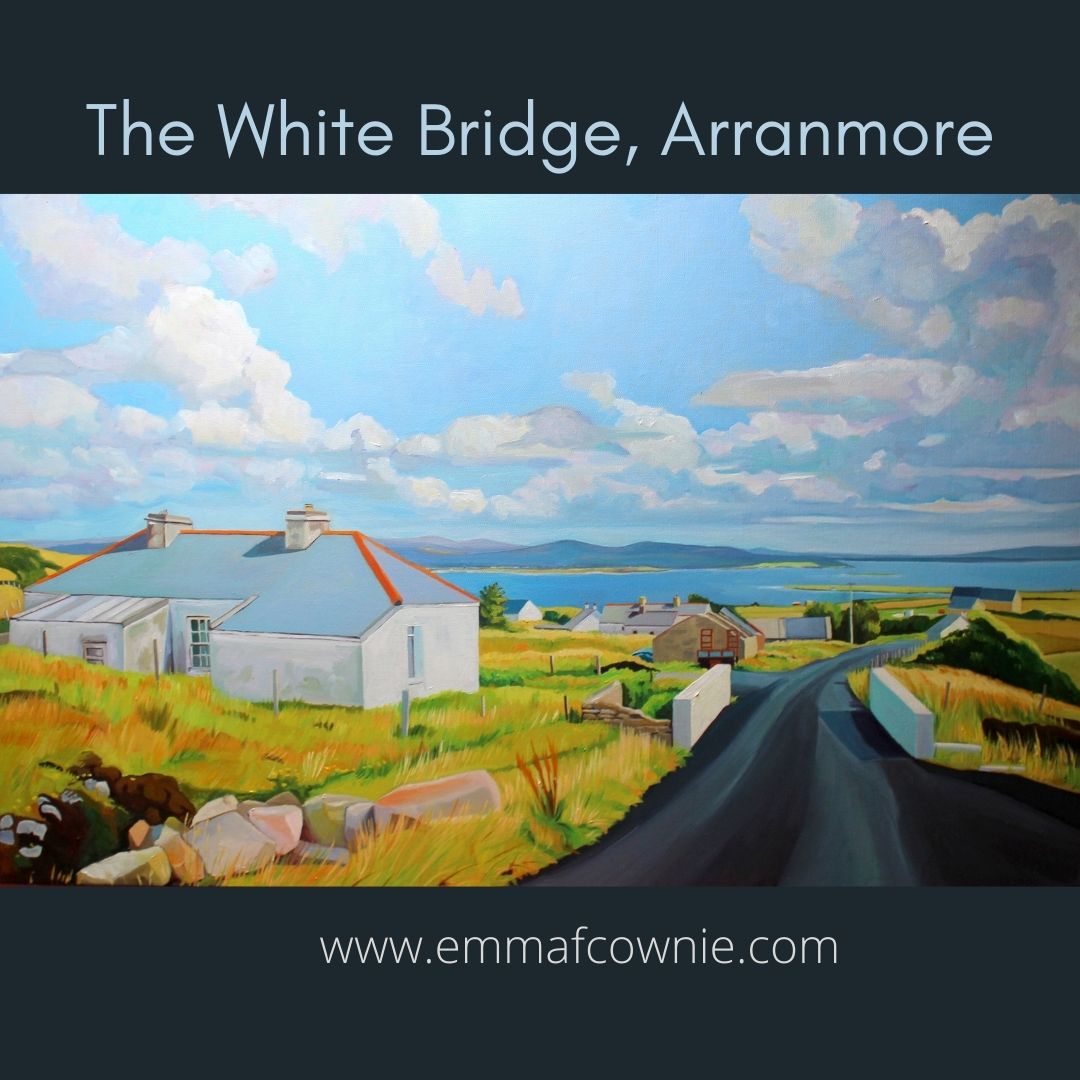 I also removed a several of the buildings so that there is a clear view over to the tiny island of Inshkeeragh with its solidary summer home. Finally, I also simplied the pair of yellow buildings to the far right. I found the semi-abstract result pleasing and I felt that the lack of detail balanced the detail in mud, rocks and grasses on the near side to the left of the painting. I like to balance detail with areas of flat colour, such as the roof of the house or the sea, as I think that too much detail all over makes the head sore. The human brain doesn’t process images in this way any way. Our eyes/brains will focus on one or two areas and “generalise” other larger areas of colour.