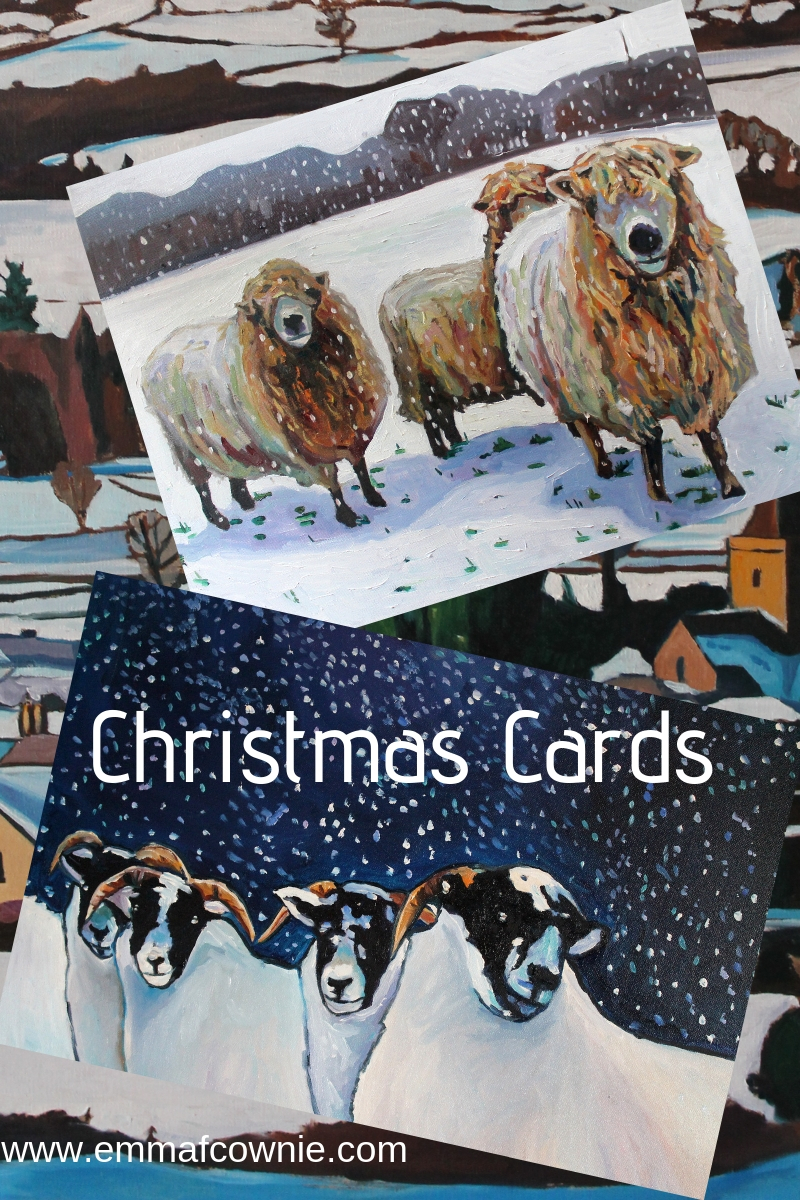 For the next month I am selling a selection of Art Christmas cards based on my paintings direct from my website. This is an experiment as I have previously only sold paintings and prints direct. So here goes.

You can buy them in packs of 5 of the same design of a pack of 6 with two of each design. I am offering free postage but remember to leave enough time for delivery as the final postal dates are 18th (2nd class) and 21st (1st class) in the UK.

Oiláan Na Marbh is a poignant island on the edge of the land in Donegal. It is inaccessible at high tide. Both beautiful and very sad. For it was on this island that over 500 stillborn and unbaptised babies were burried between the time of the Great Famine in the 1840s, and 1912.

Exciting New Development near Riverside Walk, Dungloe- its quite magical

Exciting New Development near Riverside Walk, Dungloe- its quite magical.