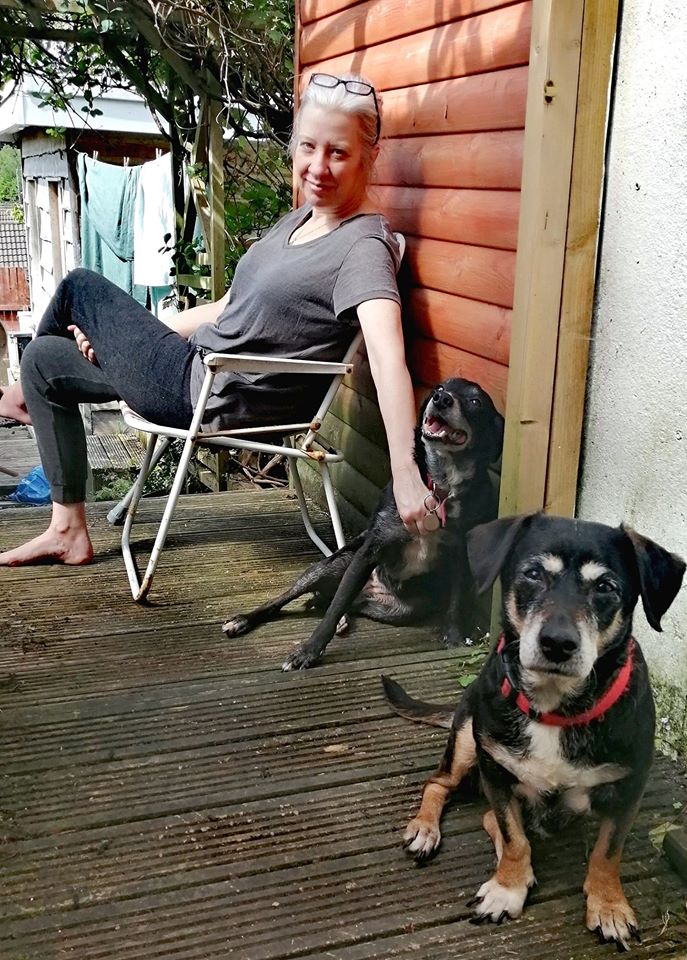 I feel quite silent at the moment. I don’t have much to say. I think it’s because I am concentrating on my exercises. It has been very tiring. Recovering from a broken leg & ankle is a surprisingly long process. I have been asked a few times if my leg has healed yet. Well, yes it’s not broken anymore but it turns out there’s a bit more to it than that.

I have read that most people are able to normally walk again in three months, although the bones take quite a bit longer to fully heal.  I sort of assumed that once the cast was off, it would not be long before you could walk again. I was given a leaflet by my hospital called “Following a Broken Ankle” in place of actual physical therapy. In this leaflet it was claimed that “some people return to [their sport or activity] within a few days after the cast is removed”. I’d like to meet these miraculous people. It has been 4 weeks since I first started putting weight on my ankle and I am far from “back to normal”.

My first experience of putting my foot on the ground was very odd. The muscles and tendons had seized up. I was like the rusted tin man. It felt like there were tight belts inside my foot stopping it move. It felt so weird that I initially thought that those were the plates in my foot. I have realized since that this a very daft notion as the plates and pins are in my leg not my foot. It was very uncomfortable putting weight on my leg and foot. My leg was weak as the muscles in my calf and upper leg were smaller and wasted. I had bought a set of resistance bands to exercise with and these were very effective at toning those skinny muscles.  I worked hard at my exercises and needed to sleep a lot.

Most of these exercises were found on the internet. Some more were kindly sent to me by a fellow artist, Nancy, who also broken her leg but gets to go to actual rehab. So here I am 4 weeks later, I can walk short distances but I struggle to climb more than a few stairs at a time.  I have made it down-stairs twice in the last week. I am currently practicing standing on one leg – the recovering leg. That was pretty scary to start with.  The tendons in my ankle are still tight and uncomfortable but my range of motion is improving. I have to concentrate hard when I am walking so that I don’t limp. My husband, Séamas, has helped with the exercises. He has watched how I walk to suggest improvements and encouragement.

Perhaps in another 2 weeks, I will be more normal. Every day I make progress but it is slow progress. There has been no magical moment when nothing is stiff anymore and everything moves like the other foot. I suspect that day (if it exists) is still months away.

I am very grateful that I can finally stand on my own two feet again. I sometimes just stand up for just for fun, because I can. I am happy that I can carry something as I walk, as I no longer need a crutch. I feel that I will make it up those steep stairs to the attic studio soon, but not this week. Maybe next.