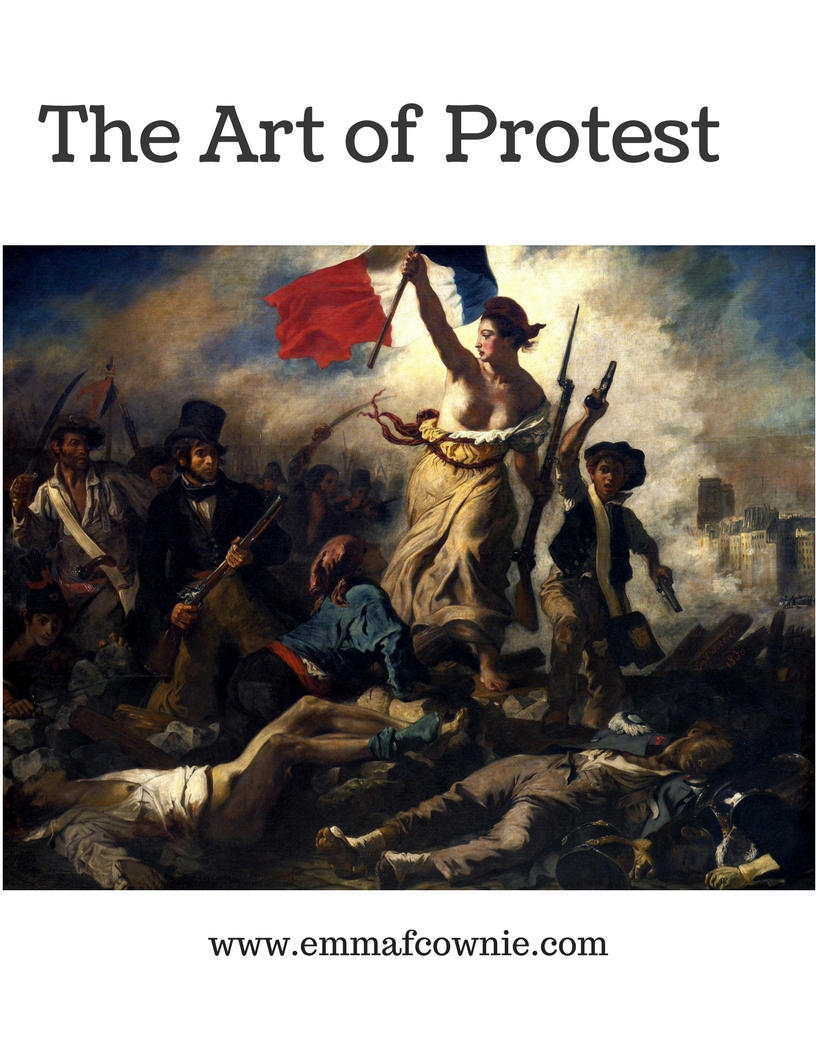 The “Old” Romantics were born in very uncertain times.  They flourished towards the end of the 18th century and lasted until the middle of the 19th Century.  They were a lot like us. They valued experiences, feelings and the individual. They loved wild places and were fascinated by the past, especially medieval times. The Romantics had plenty to say about the contemporary world, especially politics. The world they lived in was changing fast; everything was up for debate thanks to countless wars, revolutions and technological change.

When Gericault exhibited his huge work, “The Raft of the Medusa”, almost 200 years ago in Paris it attracted a lot of strong comment, both good and bad. The painting was a self-conscious act of political protest.  The painting depicts a moment just before the rescue of the 15 survivors from the wreck of “Meduse”. It had taken almost 2 weeks to rescue them after their ship had sunk and in that time they had been forced to cannibalism. The event became an international scandal, in part because its cause was widely attributed to the incompetence of the French captain. The Romantics’ Protest Art still resonates today. Gericault’s’ Raft has spawned many homages over the years from Asterix the Gaul to Britain’s Banksy.

Protest Art began long before the camera was invented but I believe that a painting can still have a greater impact than a photograph ever can because of the emotional resonance it can bring to the subject matter. A painting that is an act of protest is all the more powerful then that artist does not normally deal in political themes.

Consider Robert Capa’s photo of an air raid in Madrid during the Spanish Civil War alongside a photograph of the aftermath of the German bombing of Guernica. Capa’s photo conveys deep anxiety (with the mother looking up at the sky) and the carnage in the second photo is ugly but essentially still.

Now, look at the horror of Picasso’s massive painting “Guernica”.The painting was created in response to the bombing of Guernica, a Basque Country village in northern Spain, by Nazi Germany and Fascist Italian warplanes at the request of the Spanish Nationalists.

Here, despite the fact the painting is monochrome, horror is very real. Very present. Prominent in the composition are a gored horse, a bull, and flames. You can feel the limbs being torn by the falling bombs. Like the Romantics, Picasso made his painting on a massive scale so its message could not be easily ignored. It is huge, standing at 3.49 meters (11 ft 5 in) tall and 7.76 meters (25 ft 6 in) wide. As early as 1968, Franco, the Fascist Dictator responsible for the bombing of Guernica, had expressed an interest in having Guernica come to Spain. Franco clearly did not understand the message of the painting but he knew enough to know it was a great work of art. However, Picasso expressly refused to allow this until Spain was a republic again.

Picasso’s Guernica has also spawned a host of homages.

This final image is a Chinese political cartoonist, Badiucao, whom I will be writing about in a future blog.

9 thoughts on “The Art of Protest”