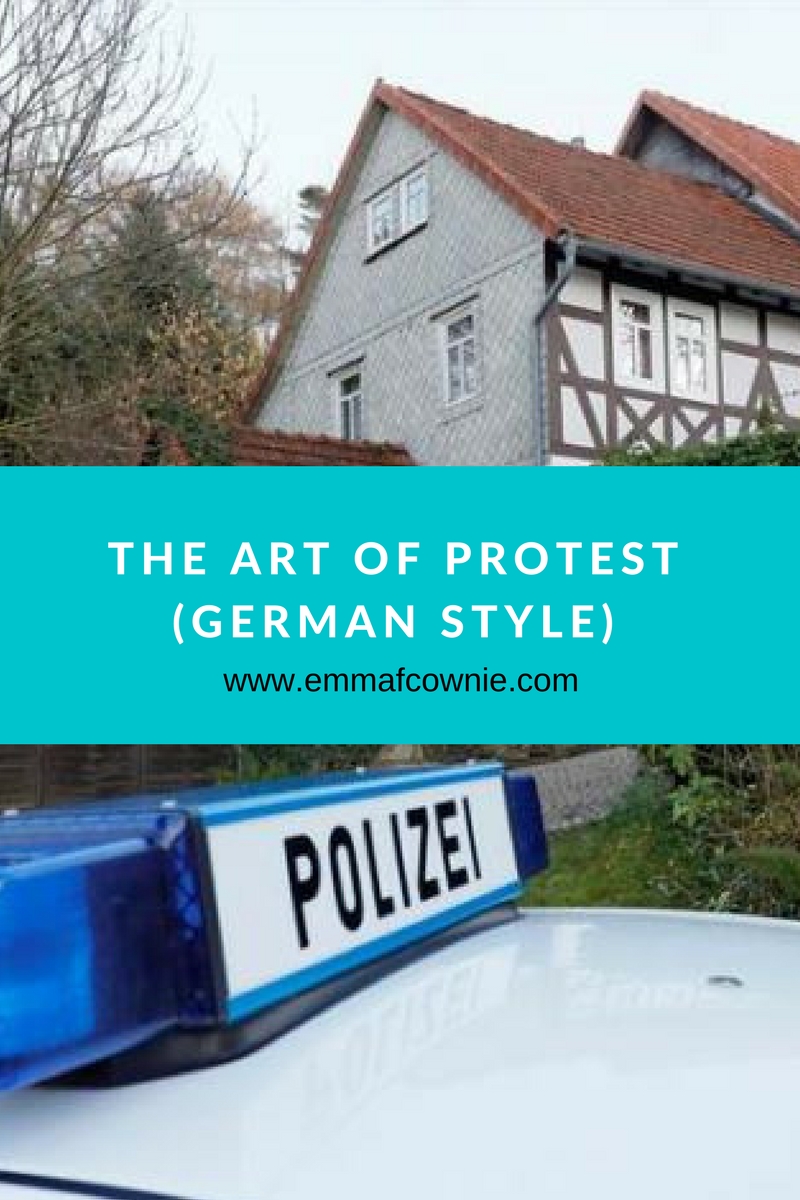 I always admire imagination and creativity. Political protests usually are ignored by the media unless they are spectacularly massive or particularly eye-catching. Remember the anti-Trump “Pussy hat” protests of January this year? Of course you do, they had a “thing”, those pink hats that made the protest eye-catching.

So I particularly enjoyed reading the story of the latest work of a Berlin-based Collective, called Centre for Political Beauty (Zentrum für politische Schönheit -ZPS). This group of activists and performance artists say they want to expand the notion of what art is. They “blend performance art and politics to end political apathy.” Their projects are always linked to civil disobedience, acts of resistance and participatory engagement with the public. They set out to provoke a reaction. They go to great lengths get one too.

Their latest work is a replica of the country’s national Holocaust memorial. So what? Its where they built it that’s genius. They built it outside the cottage belonging to Björn Höcke, one of the leaders of the nationalist Alternative for Germany party (AfD) as a protest. Björn caused outrage earlier this year with a speech in which he described the memorial in Berlin as a “monument of shame” and called for a “180-degree turn” in Germany’s attitude to the Second World War… This laughable policy of coming to terms with the past is crippling us.” (Funny, how that raised arm in the photo of Mr Hocke is so different from those in the “Pussy Protest”)

Philipp Ruch, one of the organisers of the protest, said the protest group had secretly begun renting the property next door to Höcke’s house in the village of Bornhagen in Thuringia, ten months ago, in response to the controversial speech. Then overnight on Wednesday this week, the activists erected 24 massive concrete columns outside Mr Höcke’s cottage.  Ruch said: “The Dresden speech, which ignores any serious argument about the annihilation of six million lives, may have shaken us more deeply than anything… we are slower than the media, but we are also more thorough.”

“He will now have to deal with the fact that he has neighbours who don’t consider the Holocaust Memorial a ‘monument of shame’, but who try to remember what had happened, to prevent it from happening again. We are doing our neighbourly duty” Ruch said. “We hope he enjoys the view every day when he looks out the window!”

The installation is intended to send a daily reminder to Mr Höcke about the horrors of the Holocaust in which 6 million Jewish people were murdered. On the Centre for Political Beauty’s website, the collective said Mr Höcke should show contrition by “falling to his knees” in front of the memorial (see below for a really good example of how to do it).

The artists launched a crowdfunding campaign in order to keep up the protest action for at least two years, and reached its initial goal of €28,000 (£25,000) by mid-morning on Wednesday. It is now hoping to raise €54,000 to maintain the installation for five years. Asked for his reaction to the protest, Mr Höcke said he would respond “at another time”.