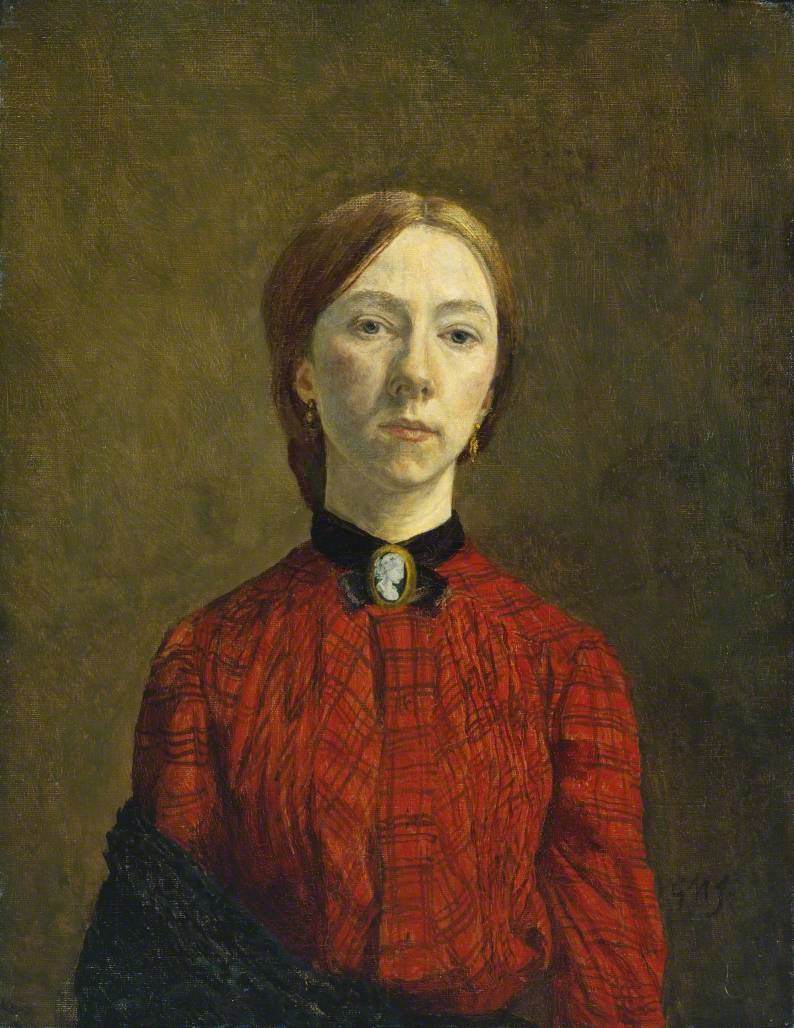 This is going to be a long list so I have split it into several parts. Its based on suggestions that have been made to me via this blog, facebook or in person. I have also found a few more on pinterest that I felt I had to add. These women are all feminist icons in my book as they were breaking accepted ideas of female behaviour and attempting to achieve financial independence. Something that all artists, male of female, dream of achieving today!

These notable female artists pretty much all all came from wealthy families. They may have gone against convention by carrying on artist careers all their lives but they started from a position of economic and social advantage.

Mary Cassatts was an American painter who was born in Pennsylvania, but lived much of her adult life in France, where she worked closely with her friend Edgar Degas and later exhibited among the Impressionists. She never married but painted exquisite portraits of mothers and children.

Berthe Morisot, came from a wealthy French family and studied drawing and painting as part of her education with her sister. She was so good that she exhibited in 1864 in the Salon de Paris but in 1874, she joined the “rejected” Impressionists in the first of their own exhibitions. She married Eugene, the brother of her friend and impressionist painter colleague Édouard Manet. Interestingly, she carried on painting after her marriage and birth of her daughter, exhibiting under her maiden name.

Eva Gonzales was also French, born in Paris. She was the pupil of Edouard Manet. Like Morisot she continued painting after her marriage but died in childbirth in 1883.

Beatrix Potter – I grew up with her books. She was an English writer and illustrator whose love of nature and animals resonates in her work. There was a delightful film about her early life called Miss Potter made a decade ago. I would say that this film was particularly notable as one of the few films in which Ewan McGregor isn’t deeply irritating! After she married , she continued to write stories and to draw, although mostly for her own pleasure.

Gwen John, a personal favourite of mine. She was a Welsh artist, sister of painter Augustus John. Her family were not particularly wealthy, but they were respectable middle class people (her father was a solicitor). The family had a decidedly artistic bent as an aunt was an water colourists and both parents encouraged their children’s creativity. Gwen studied at the Slade school of Art in London but worked in France for most of her adult career. She struggled for money and was a squatter in a derelict for a time, an artists’ model and largely, despite a number of notable romances (with both men and women), she lived a solitary life with her cat.

Her paintings, mainly portraits of anonymous female sitters, are delicate and initimate works. She stopped painting in the last 6 years of her life.

Of all our female artists, so far, Laura Knight came from the poorest background. Her family had had money but lost it and Laura (born in 1877) grew up amid financial problems.  Her mother taught part-time at the Nottingham School of Art and had Laura enrolled as an ‘artisan student’ there, paying no fees, aged just 13. At age 25, Laura married fellow artist Harold to whom she was to be married for 58 years.

In 1913 Knight made a painting that was a first for a woman artist, Self Portrait with Nude, showing herself painting a nude model.

During the Second World war she completed 17 paintings for the War Artists’ Advisory Committee. She also painted for WAAC in 1946  The Nuremberg Trial. This painting departs from the realism of her wartime paintings, in that, whilst apparently realistically depicting the Nazi war criminals sitting in the dock, the rear and side walls of the courtroom are missing, to reveal a ruined city, partially in flames. I clearly remember this painting being in the GCSE “History of Germany 1919-1945” textbook I used to teach from in my teaching days.

Take Off (Art.IWM ART LD 3834) image: the interior of a Stirling Mk 3 bomber with the four man crew readying for take-off. Two pilots sit in the cockpit, the navigator busies himself with his maps and the wireless operator, bearing the insignia of a Flight Sergeant, turns a dial on the wireless unit. Copyright: © IWM. Original Source: http://www.iwm.org.uk/collections/item/object/15505

She was the first woman to have a major retrospective exhibition at the Royal Academy, with over 250.  I love the light and colour in her works. It doesnt matter what she is painting – a village, war work or a nude the colours just ring out.