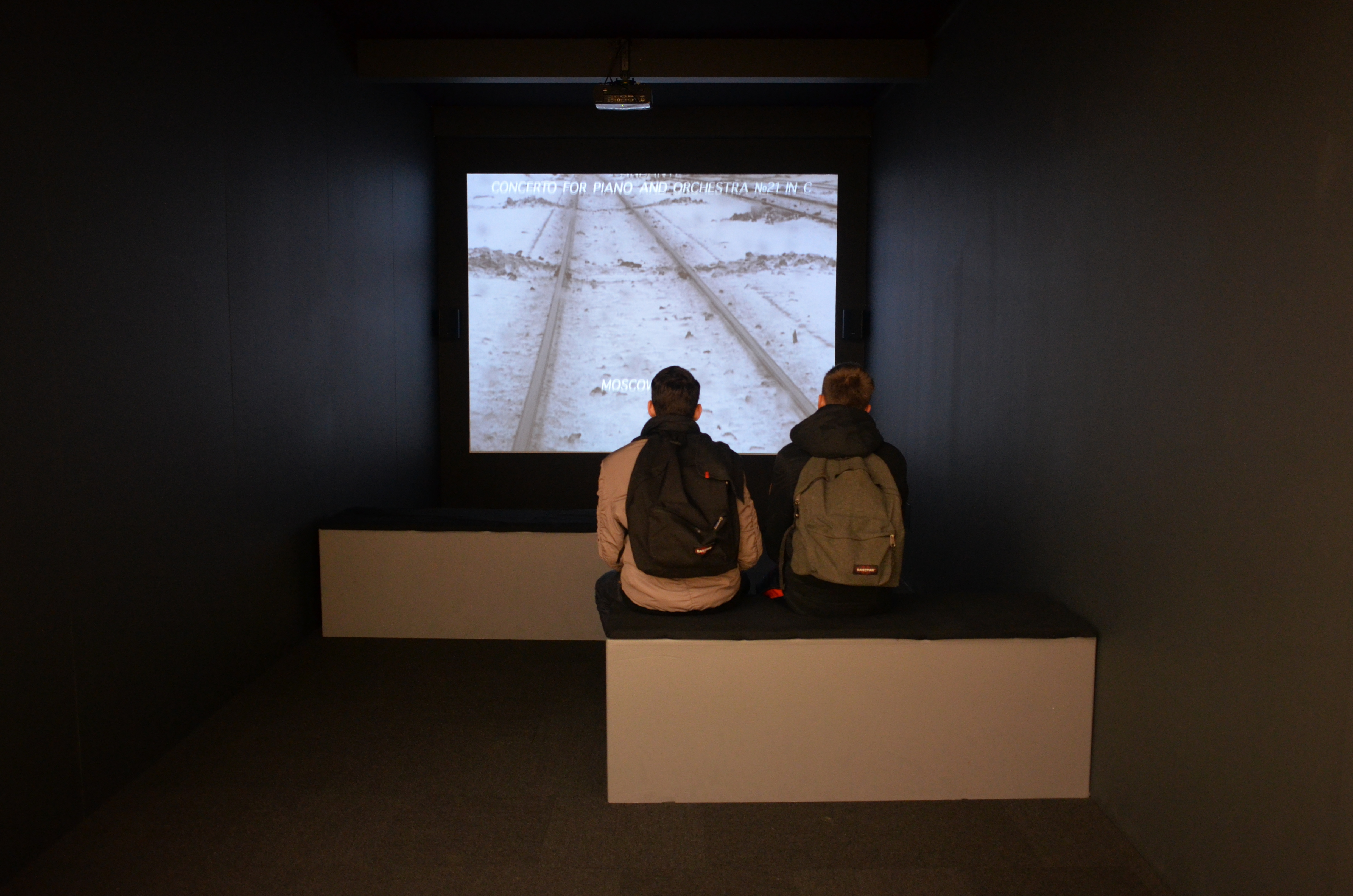 I love the National Museum in Cardiff. It has a fantastic collection of Impressionist and early twentieth century Art. I used to visit it a lot when I was a student there in the 1980s. We visited it yesterday afternoon.

We started in a contemporary exhibition called “Who Decides?” . It didn’t particularly engage me although there were some excellent etchings by Paula Rego.  But my attention wandered.  I think it tells you a lot when I decided that I was more interested in the Assistants who spend all day here, than the work in this particular gallery. Perhaps, it because I have recently done at stint as an exam invigilator that I paid them more attention than I usually do. I was intrigued. So I started taking photos…

I got caught up in the idea of looking at the people that were meant to be invisible. I looked at these “invisible people” even in the galleries where I was interested in the work on the walls. They are not really invisible as they are certainly a presence in the gallery. Especially when they tell off the visitors for touching the sculptures. One man was caressing a Henry Moore piece, in the way the rest of us long to, and got a swift reprimand. Another was clearly drunk, he was humoured by the assistants, but asked to be quieter. He did a lot of pantomime hissing in response to that and veered out of the gallery! I pretended not to see.

The colour that I seem to looking for yesterday was red. The assistants had red ties. My favourite paintings had red in them. I think its this long winter – looking for visual and psychological warmth.

11 thoughts on “Looking and Seeing”