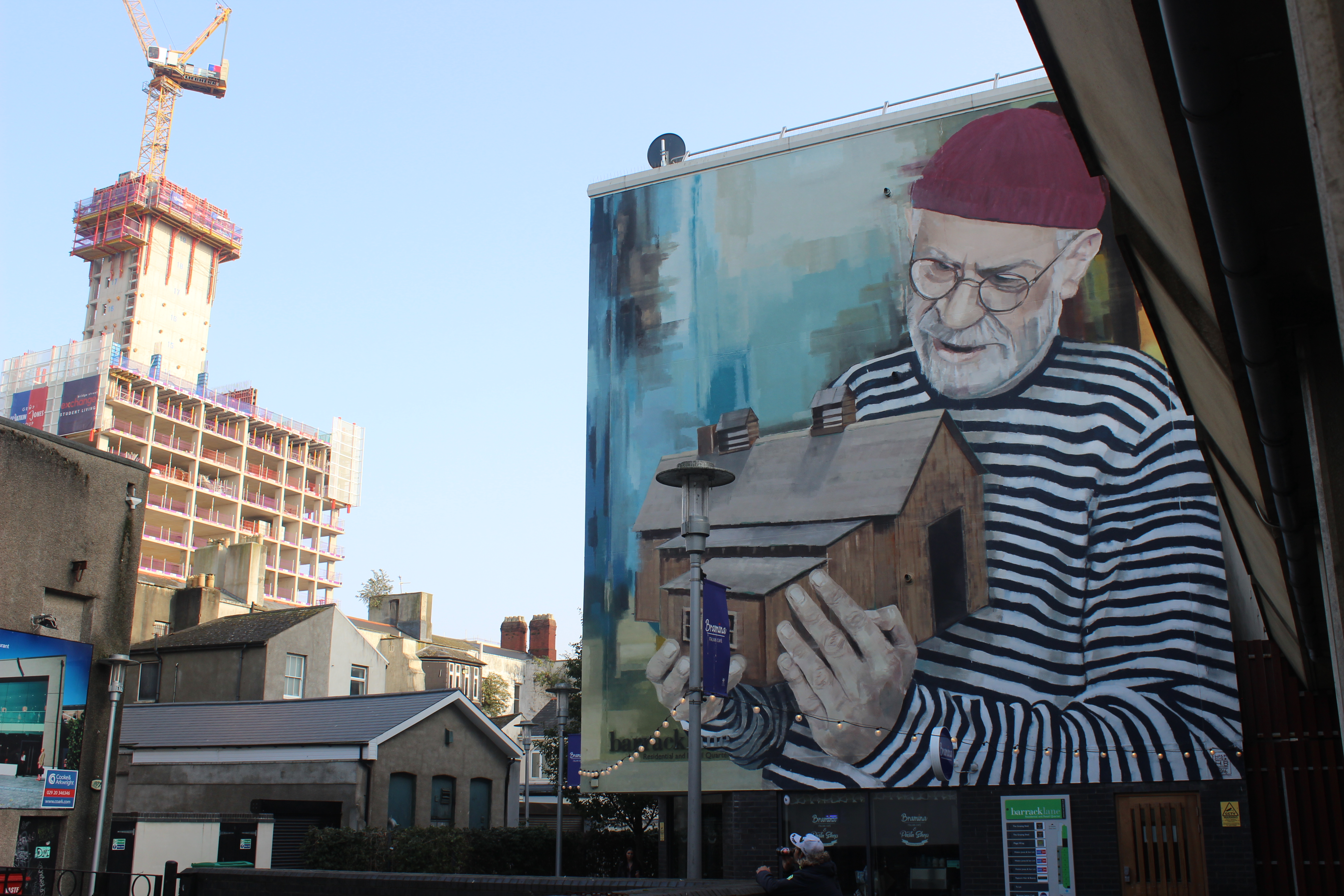 Cardiff is a city that embraces change and it embraces art. Everywhere you go massive murals are tucked into corners, whether in the city centre or in the terraces of Roath. It gives the city a great feeling of vibrancy.

Not all of the street art was official. Back lanes off City Road were also full of graffiti, which was apparently “tolerated” by the local police (according to a rather shy and sweet graffiti artist who was in the midst of creating a wonderful 6 foot blue skull).

Cutting through a tiny urban park and play area we come across the Plasnewydd Community Garden, which is located on poetic-sounding Shakespeare Street. As you can see from the photos, the sun was out. Which was particularly pleasant as we are in the misdt of a lot of grey and damp autumnal weather in Wales at the moment. There we paused to look in on Tessa Waite and her “Tea Encounter”. We had not arranged for an actual “encounter” but we visited her gazebo. The atmosphere inside was wonderfully calm. Tessa, from Brecon, is a Budhist and she radiated a lot of calm herself. We stood for quite a while listening to the sounds of the breeze and the shouts of the children playing outside.

Then we finally made it to Inkspot Centre for the official opening. There had been a children’s parade through Roath with a whole lot of colourful flags designed by local schools and community groups. This flags had been printed by James Cook who was valiantly hanging them across the hall, with children thundering around at the foot of his stepladder! A massive indoor picnic was taking place with music and singing (and a harpist).  We spent a good hour or so downstairs chatting with the friendly ceramic students who demonstrating their clay working techniques.

The festival ends this Sunday and its well worth a visit.