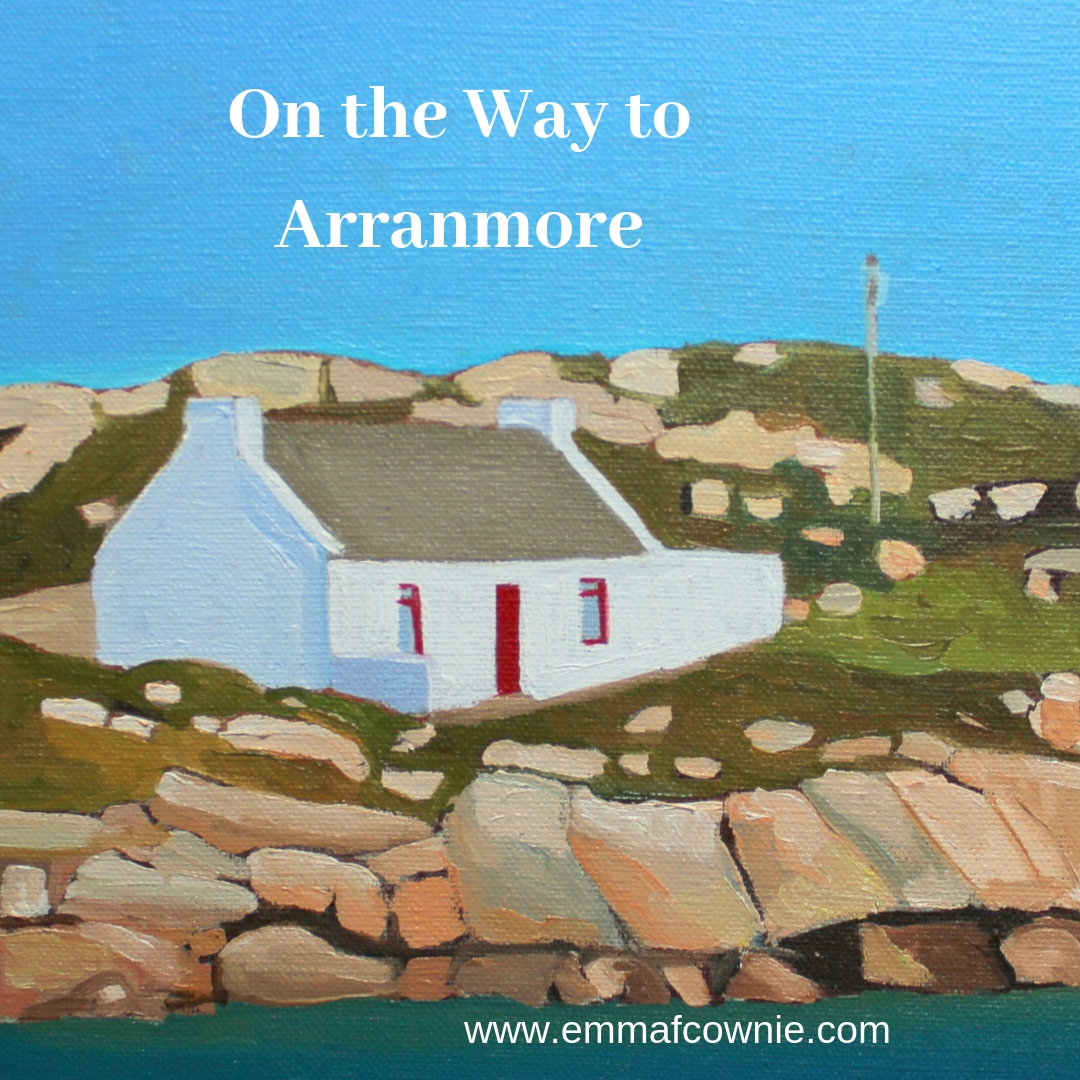 I wonder whether the post to Arranmore Island, Donegal, goes astray a lot. There are two other islands with similar names off the coast of Ireland and Scotland. There are the Aran Islands off Galway Bay to the south as well as the Scottish Isle of Arran. Arranmore or Árainn Mhór, in Irish Gaelic.

There is a frequent ferry service from Burtonport and this old cottage was spotted nestling into the rocks of one of many islands, Inishcoo, en route to Arranmore. There is no ferry service to the many little islands scattered off the coast of West Donegal. People get to these remote islands in their own little boats. There are landing stages and steps down to sea cut into the rocks. Of course, you could always swim to Inishcoo. Amazingly, the local cows do.

To buy any of my landscape paintings click here

9 thoughts on “On the Way to ArranmoreArranmore”