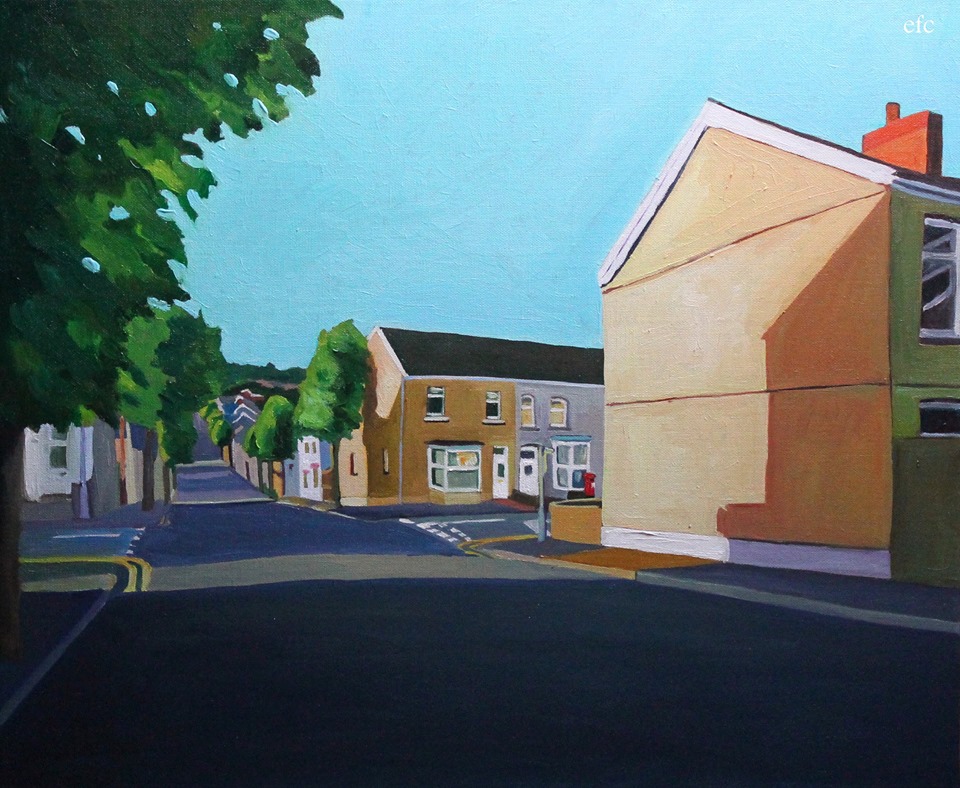 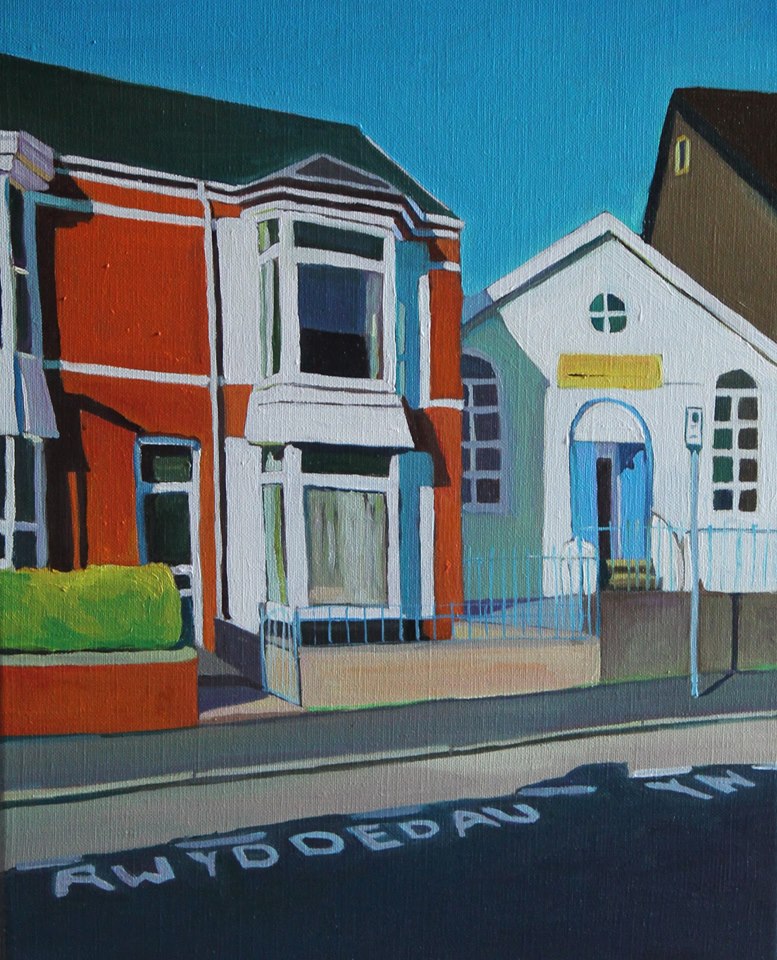 I love Victorian tin chapels. Maybe it’s because a playgroup I went to as a child in Hereford was held in one. I think that one was painted dark green. It was near the racecourse.

This tin building is at the crest of the hill, on Rhyddings Park Road. The corrugated iron is painted cream. It is jammed in by the side of the much larger and grander Argyle and Rhyddings Park Presbyterian Church.

The tin chapel is a friendly and welcoming building. The painted blue door always seems to be open. Playgroups meet here. I often see people with small infants coming and going.

There is a banner hanging above the door advertising “English Corner” for visitors to come and practice their English. This Welsh church has clearly gone out of their way to welcome international students and immigrants. I knew nothing about this community until I looked at their website and discovered that the church has been led by two energetic and thoughtful overseas mission workers, Charles and Molly Chua ,from Singapore for the past 11 years.

English Corner was set up by Charles and Molly after they found two lost Chinese students wondering the streets of Swansea. Charles and Molly took the two students to a Chinese shop and then drove them home. Over a cup of tea, the students pleaded: ‘we need someone to help us with our English!’ So they did something. The church set up weekly English classes on Friday evenings, and “English Corner’ grew rapidly, from 9 to 29 Chinese students in 3 weeks. Now 50-60 students regularly attend. It has since grown to become an international community linked with the Universities and Language Schools in Swansea. This proactive and positive work has had many benefits for the local community, students and new residents as well for the church which has a diverse congregation of Welsh and Chinese, Asians, Europeans and Africans worshipers.

So this unassuming little tin building holds a strong and vibrant community.  I like that.

Find out more about Argyle and Rhyddlings Park Church