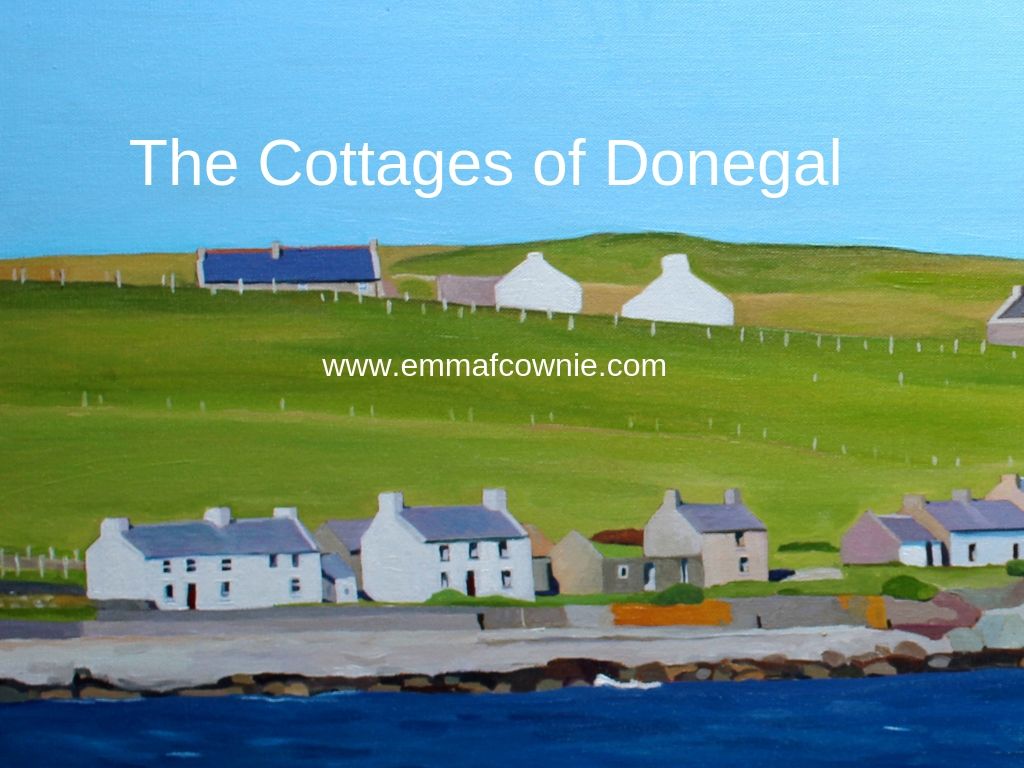 In Donegal  “direct entry” houses were typical, where the front door open directly into the room with the fireplace. The most popular form of cottage is that with the living area at the center with the hearth fireplace and a bedroom on either end.

The fireplace or hearth usually formed of stone and located at the center of the house with a bedroom behind it to further absorb the heat. Most families lived in a single room.

In rural Ireland, they did not usually own the land it stood on.  This is why landlords could evict tenants for non-payment of rent (usually, if they wanted to replace people with more profitable sheep), even those the occupants had built those houses themselves. In the case of  John George Adair of Gleanveagh, he had the houses pulled down after the tenants were thrown out! This was common eviction practice.  Anyone who has seen the excellent film Black 47 will know that this practice, could and did, lead to the death of old and frail tenants  in winter.

Why do irish cottages have so few windows?

Places you can visit

28 thoughts on “The Cottages of Donegal”