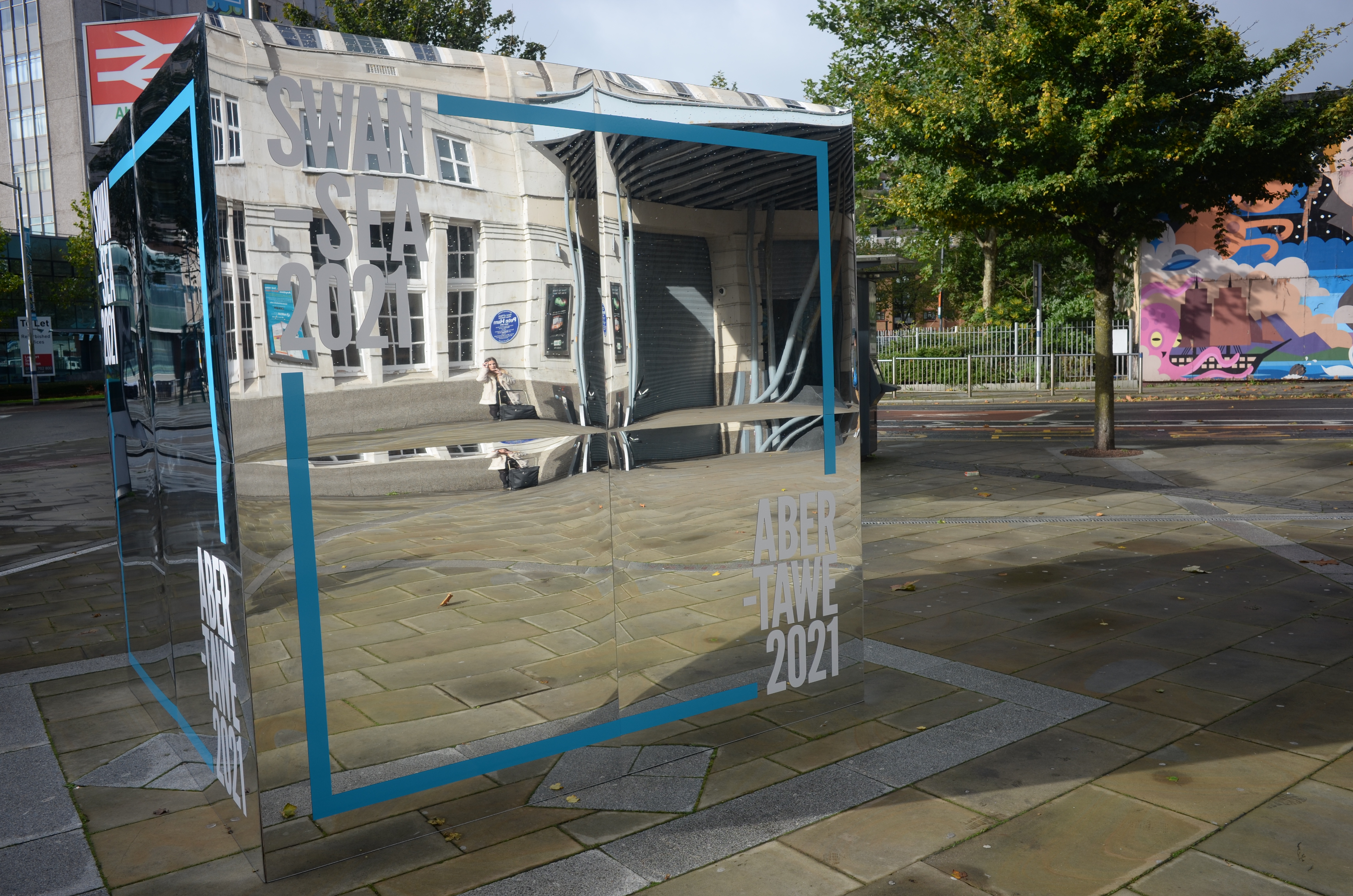 The madeinroath 2017 festival has Art has installations/happenings across almost 80 different locations across the suburb of Roath, Cardiff.  The wonderful thing is that it’s all free to visit. The weather was grey with a cold biting wind. The day before Storm Brian had lashed the streets with rain and all the outdoor events had been cancelled. Seamas and I meandered down the streets of Roath to the “Old Laundry” which was in a ramshackle  courtyard tucked away at the end of of a dead end street.

The first installation was that of Tanya Dower called “Thrill Seeking, Dirty”. The photo only captures a tenth was it was like. The installation filled two small rooms. The air of neglect was palpable. Firstly there was this thumbing, squealing, soundscape which reminded me of  a playful crazy version of BBC Radiophonic Workshop  noise.  There were a series of black and white photos of an industrial landscape and fragments of charred rubbish laid out on the floor but most importantly was the stink. Oh the smell. It repelled some people at the door. I initially thought it was incense being burnt to cover the smell of damp. Tanya and the festival volunteer with her spoke to us enthusiastically about the installation. It turned out that Tanya had “designed” this smell to comprise wood smoke, coal and urine. The whole installation had been inspired by her youth spent playing in the ruins of abandoned pithead building in Merthyr Tydfil.

I was fascinated by Ian Watson’s sound installation  “A Complex and Increasingly Important Announcement from an Extremely Limited Vocabulary”. The row of mini  solar panels drew their energy from the sun (what there was of it that afternoon) and produced a layers of clicks, drones and tones that oscillated and wavered. Ian generous spent time explaining to me and Seamas me how the solar panels generated the sound and how he adjusted the layers of noise.

We spent the rest of the afternoon at the Inkspot Centre.

I finally found out the names of the third year ceramics students we had chatted to last Sunday evening (Morgan Dowdell, Lucy Fielden, Marek Liska and Magda Strydon). They had also added to their work on display in the hall.  Just to warn you that Morgan’s work (at the bottom of these photos) (which is excellent) is also very explicit so look away now if you are of a sensitive nature!

I really enjoyed being part of this arts festival and I wish I could have seen more of the art across Roath.  I think you would have to stay in Cardiff for the whole week to explore and to get a good sense of the breadth of what was going on here. There’s always next year!