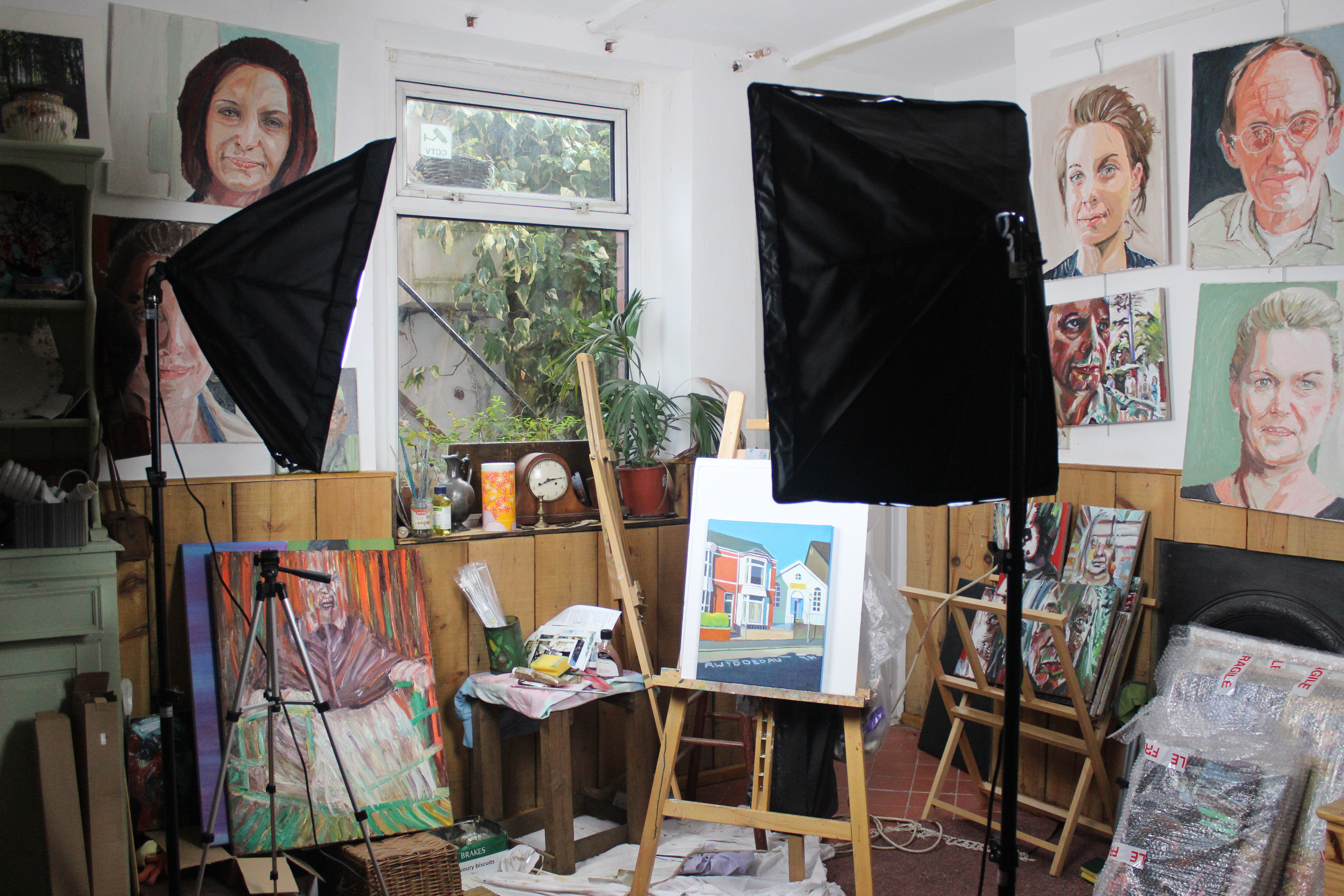 We are two artists in this household. My husband, James Henry Johnston (known to friends and family as “Seamas”) is a portrait artist. With the gloomy light of winter making photography difficult we decided to invest in some softbox lights to so to take better photographs of our paintings.

I spent a good 40 minutes tidying the downstairs gallery/studio and then unpacking and assembling the lights. I actually like trying to assemble things like furniture or new electronic equipment, as I am quite geeky in that way. I only looked at the instructions once, only to  then to decide they were utterly useless.

The huge photographic lights have to handled with care as they can smash easily, as I found to my cost a few years ago. I was unwrapping my first E27 Lighting Lamp, ordered online, but I was laughing so hard at its unexpected size that I dropped the thing and it broke into powdery dust!

I had studied the helpful diagrams I’d found and added to my pinterest account. Whilst they made it plain that a 45% angle was necessary for the angle of the light, they were not so clear on how close to the painting they should be or high or low they should be positioned.  We took some photos of each other and then Seamas then spent several hours experiment with distance and angles.  So you can see from the photo below, my initial angles and heights were all wrong!

Seamas, concluded that every time you wanted to take a photo of a painting that you needed to several photographs at different heights and distances to see which one came out the best. I think that’s code for “I haven’t quite worked it out yet!”