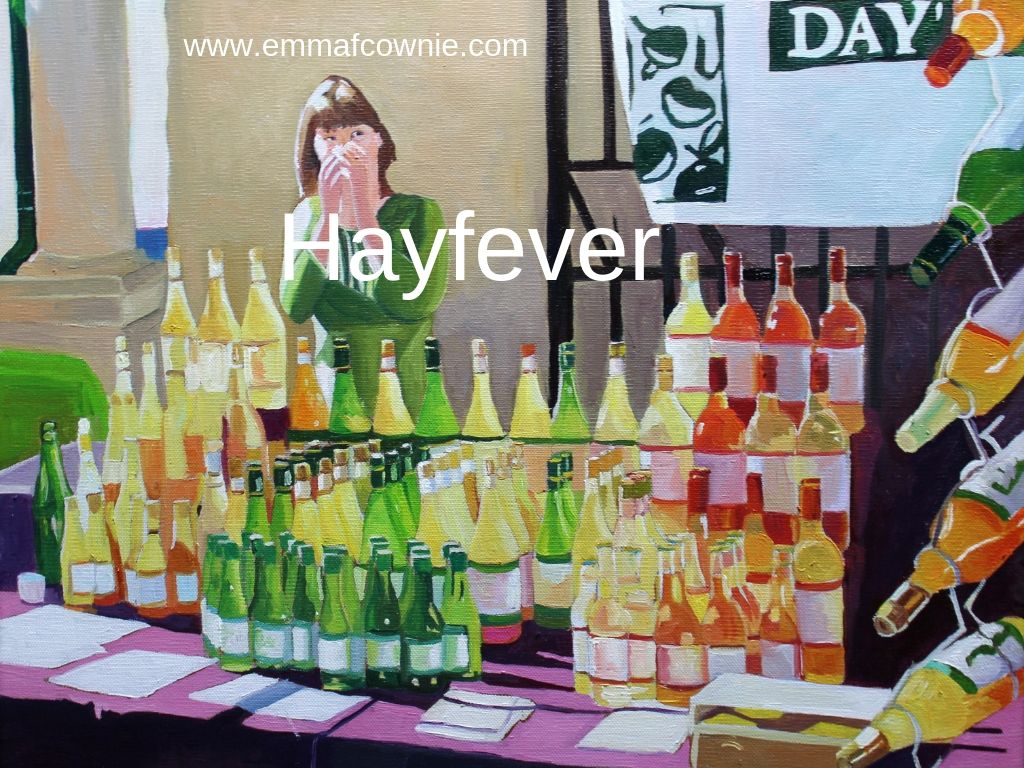 Here’s another footnote to last week’s post about the inspiration provided by markets. It’s the last, I promise. Sometimes, I feel the need to take a break from one sort of subject matter to paint another. I’ve painted quite a few landscapes lately and so I relished painting what I call “people portraits”, or paintings with people in them. Unfortunately, these sorts of paintings they don’t sell so easily as landscape paintings, I don’t know why.  So painting people paintings is a bit of an indulgence. Saying that sometimes I need to change what I am painting to keep my style fresh. Too much of the same subject and my painting goes off a bit. It was the bottles that called to me. So many of them in the sunshine. I was attracted to the light and colours in this composition. Painting all those bottles was wonderful, slow,  self-indulgent joy. It took quite a while and I swear that everything bottle is slightly wonky but it still works as a painting because its about light and colour, not perfect bottles. The stallholder looks slightly embarrassed to be sneezing, surrounded by a colourful forest of bottles. I liked the stallholder’s green top too as it nicely complemented the colours of the bottles. There’s also a green jacket on a chair back, to the left of her, repeating this theme. I simplified the composition, removing certain element that distracted from the bottles and shadows on the purple table cloths. I have a great deal of sympathy for the stallholder in the picture as I have developed hay fever this year. I may have had it before. I assumed that hay fever meant you sneezed and had runny eyes when you went near the grass. How little did I know! I had sneezing, itchy eyes, itchy throat and felt altogether rotten and very fatigued. It made me very ill. I thought I had a virus or a horrible cold. Eventually, my mother suggested it could be hay fever. I bought some over-the-counter antihistamines. Miracle Cure! So now, I consciously head for the coast to avoid the tree pollen, grass or whatever is out there that I am allergic to.
"HayFever" Painting
People & Animal Paintings
51.745734-2.217758
Categories: Figurative Art, Stroud & Cotswolds, Talking about Art
Tags: stroud, cotswolds, People paintings, paintings of people, paintings for sale, Painting for sale, cotswolds paintings, Stroud valleys, cotswolds painting, Stroudfarmersmarket 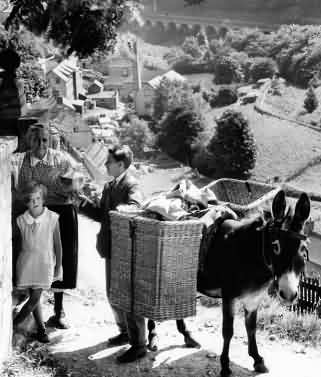