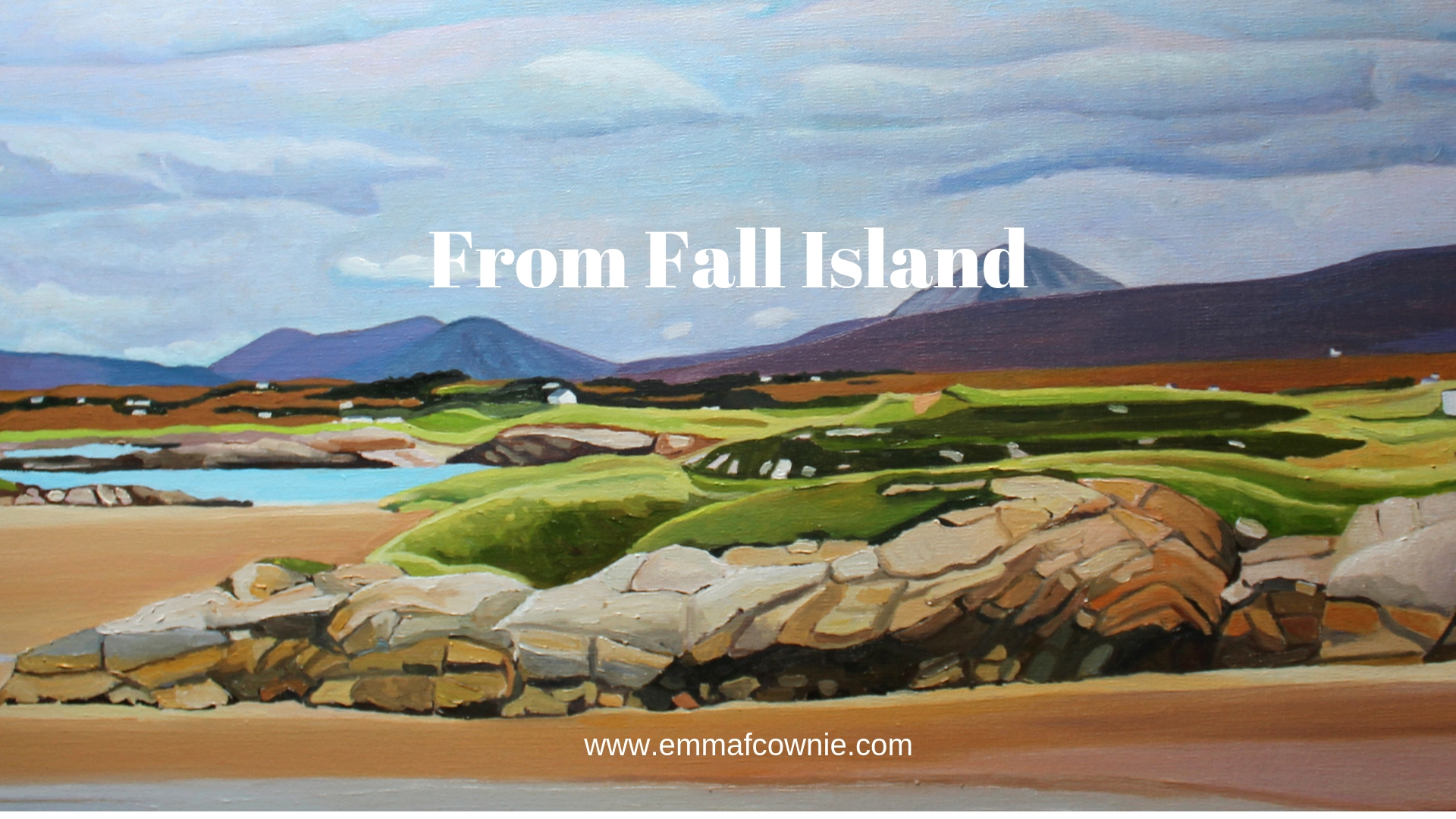 I like to explore nooks and crannies and I usually use a map to help me. This way I can find interesting scenes to paint. I love looking at maps but I didn’t have one in Donegal. I thought I’d get one with the hire car but instead we were given a Stat Nav (Satellite Navigation).  You can’t spend hours looking at the lay of the land on a Stat Nav. It spent the holiday in the boot of the car. I thought we’d get one in a filling station but in Ireland you don’t fill up your own car and wander into the garage shop to look at car related stuff and packets of sweet, you have a friendly young chap filing your car up for you! We sort of knew where we were going. My husband, Seamas, had spent hours “driving” down the roads and lanes of Donegal on Street View Google.

So, in the spirit of adventure I turned off the coast road, which runs from the airport to Dungloe, in search of the sea. The roads are narrow but fortunately we didn’t meet anyone coming the other way. After following an undulating single track road, it widened out and then seemingly vanished over a hill into the sea. I didn’t fancy doing a lot of reversing so I parked up to explore on foot.  Over the other side of the rise was the beach. It was low tide. The track I’d been on ran down to beach and then started up again on a island on the other side of the beach.

This is Fall Island and it is only 300 metres long. There is only one lone house on the island. The house was shut up for the winter.

I was fascinated by the rocky landscape and the houses perched on the rocks.  These rocks are made of granite. Granite is an igneous rock which it was once magma which crystallised as it cooled down. It’s a dense and useful rock. It can be cut, carved and shaped. It is also resistant to water and pollution.

The granite rocks along the coastline are massive. Monumental. Their edges smoothed by the sea and the wind.

5 thoughts on “From Fall Island”