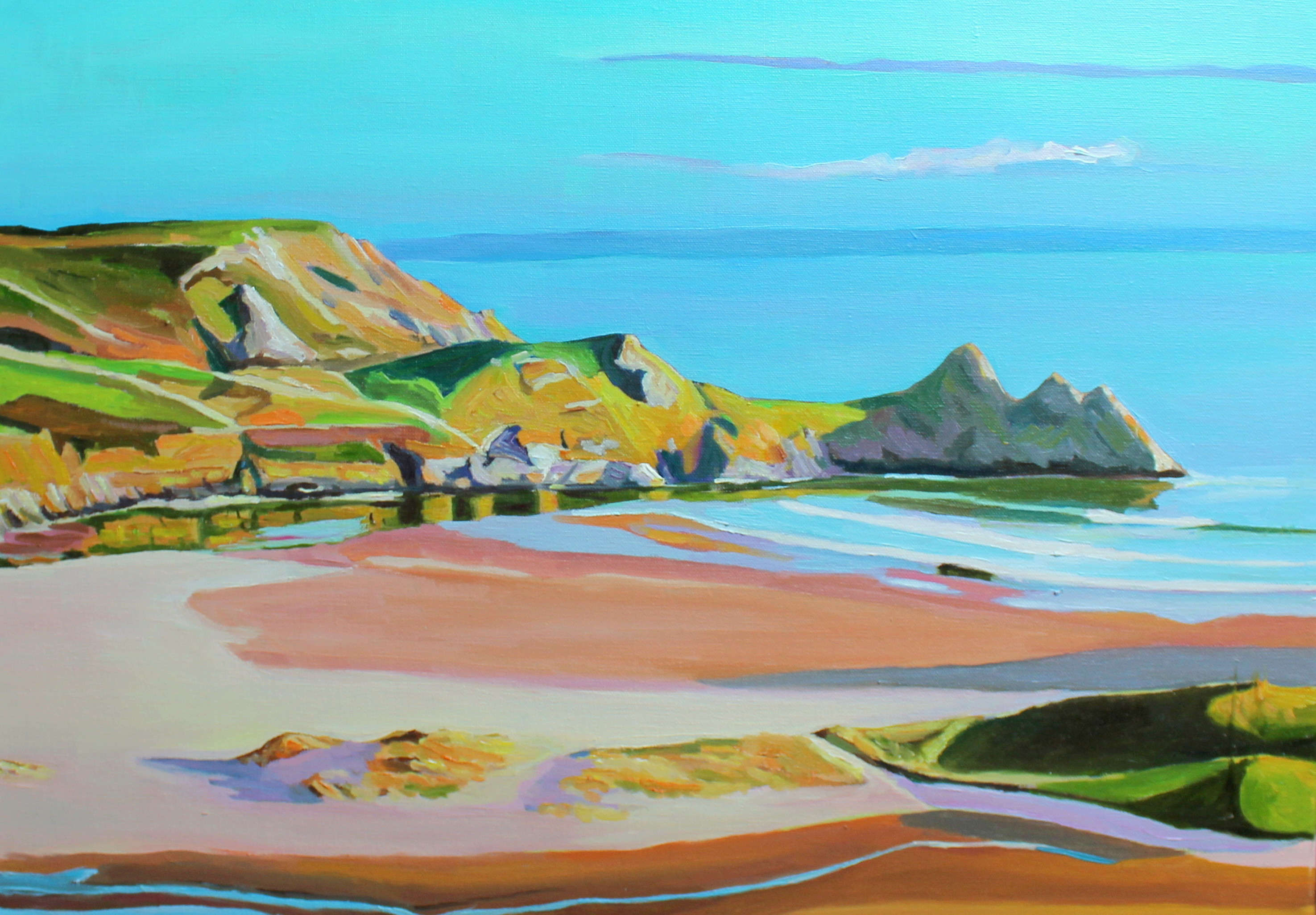 https://www.artfinder.com/product/winter-wonderland-d216/
“Nothing looks as magical as a park smothered in winter snow, especially at night time where the snow hues a blue tinge and the street lights seem to become more orange warmed in contrast. The specks of snow falling making you want to run and catch them in outstretched hands. Snow transports us back to the pure innocent play of childhood.”

Delighted to say I have SOLD this oil painting Rainbow Wood Revisited” via Artfinder to a delightful collector of my art work and whose support I greatly appreciate!

“This is another refractionist/cloissionist painting where I attempt to break down the light streaming through the leaves of the trees in to blocks of colours. My painting has two prominent motifs which are to 1. create or animate light via my use of colour or 2. conversely, to break down light into component colours, in order to show light being ‘refracted’ through different materials, such as the leaves of the trees in this painting. The wood floor is illuminated by the light and I wanted to create an effect of movement of colour sliding along the ground and also sweeping, almost windswept across the trees like colour on the wind.
I like that pre-perceptual fleeting moment before our brains ‘construct’ images before colours and light are burnt into conscious representation. I love woods and trees because they capture the light in many ways and translate this light into numerous colours, too many to paint. I attempt to catch that fleeting fluidity, that becoming an image, not fully formed, more sensation than perception. I hope this vibrancy recreates that feeling of awe we feel in nature’s beauty, before our brains explain it away. To return to the fluent, heart-filled child-like wonder that sometimes ossifies with age.” 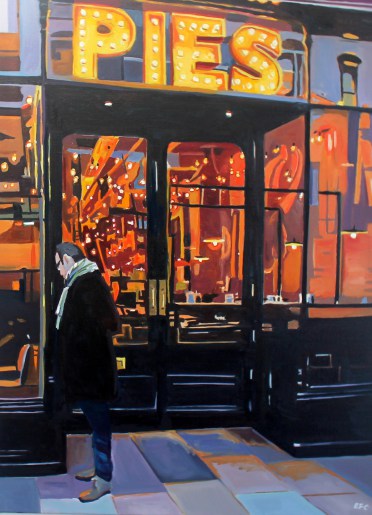 Delighted to say I have just SOLD “That Moment of Indecision” via Artfinder – now off to Australia which has become a popular destination for many of my paintings! 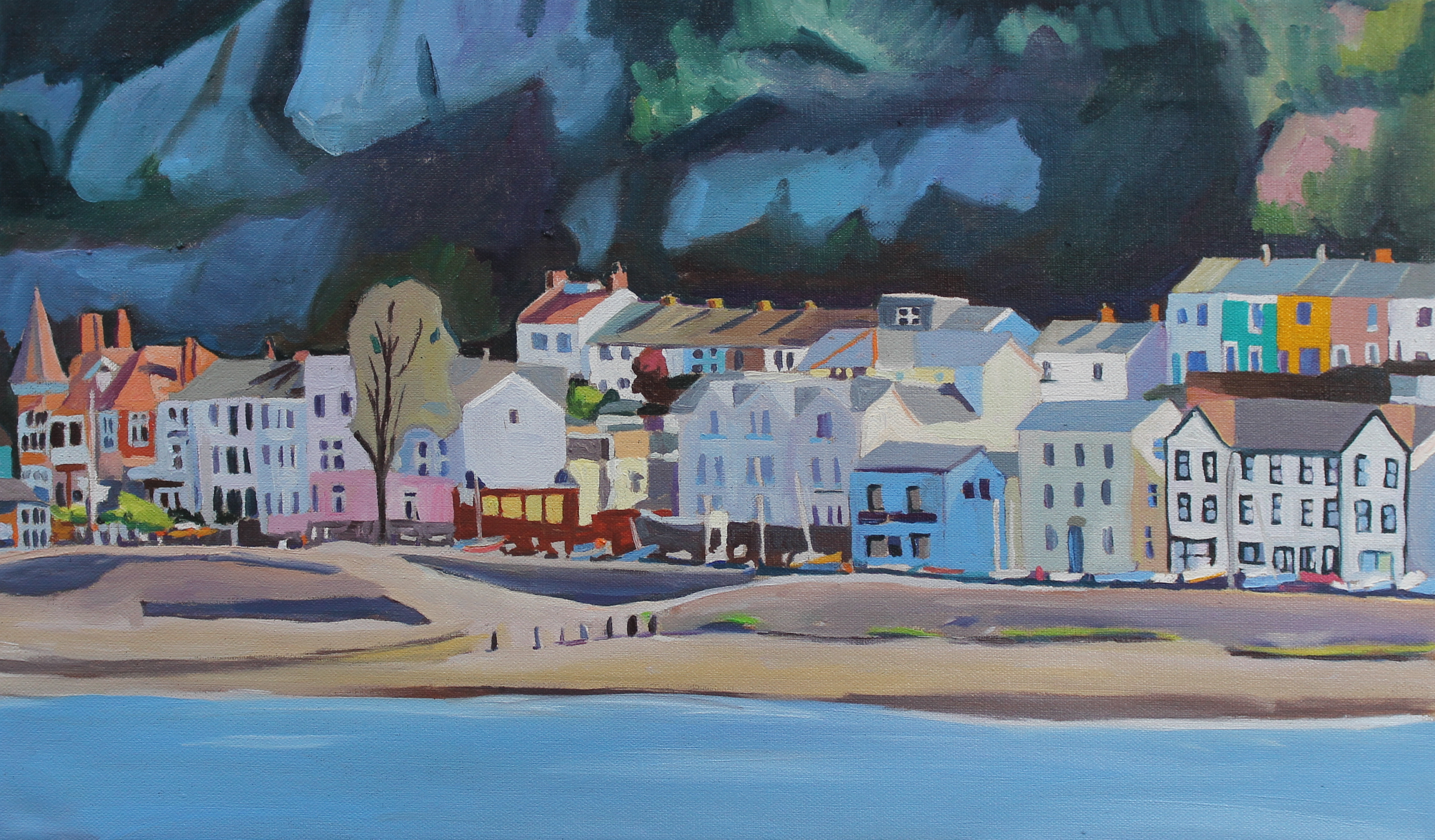 Delighted to say I have just SOLD this oil painting “Mumbles Pier” via Artfinder. “Oil painting of the tide lapping its first waves of late afternoon on to the beach near Mumbles Pier, enticing boaters and their boats into it’s watery delight.”

Now off to Australia!

“An oil painting of a snowed in village, lying down in the belly of a winter mountain, slumbering in this white winter blanket.” 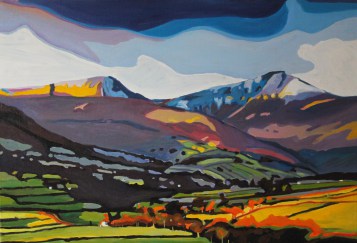 Delighted to say I have just SOLD “Autumn Beacons” via Artfinder – now off to live in Worcestershire!

“Oil painting of mountains in the Brecon Beacons, autumn-coloured purple by the weather-coarsed heather”.

Delighted to say I have just SOLD this oil painting “One Impulse from a Vernal Wood” via Artfinder.
Now off to live in Norfolk, England!

“One impulse from a vernal wood
May teach you more of man;
Of moral evil and of good
Than all the sages can.

Sweet is the lore which nature brings;
Our meddling intellect
Mishapes the beauteous forms of things
-We murder to dissect.

Enough of science and of art;
Close up these barren leaves;
Come forth, and bring with you a heart
That watches and receives.” 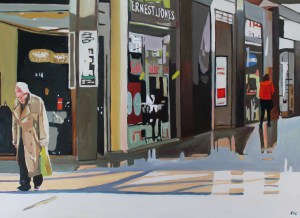