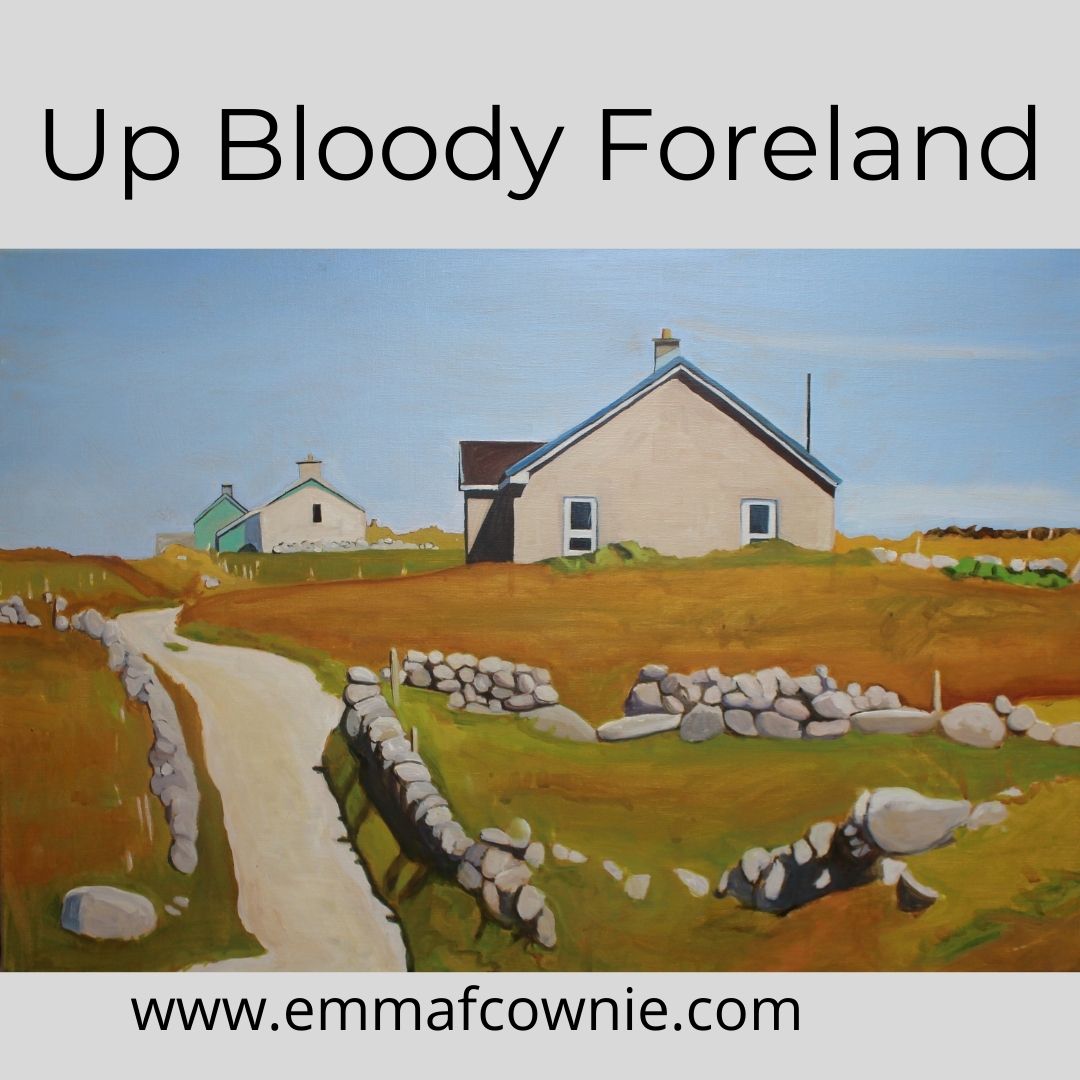 Bloody Foreland is one of my favourite locations in Donegal. It is one of the wildest, windiest and most beautiful places I have been. The light is sharp and clear.  You feel healthier for breathing the air here.

The wind is always blowing. It is very remote and feels a bit like the edge of the known-world.

The name Bloody Foreland (Cnoc Fola in Irish means Hill of Blood) does not to refer to some past battle that took place here in mythic times, but  intense red hue of the rocks at sunset. The Irish language dominates here.

Folklore records that Balor, the one-eyed supernatural warlord was eventually slain by his grandson Lugh Lámh Fhada on the slopes of Cnoc Fola. Indeed, some say that the tide of blood which flowed from Balor’s evil eye stained the hillside and gave it its name.

I particularly like the incredible stone walls, made of massive granite boulders, that snake across the hills here. They date from the 1890s. They suggest to me a landscape where stones were plentiful and labour cheap. It is also the sort of place where writers come to get away from the modern world and think about writing.  Dylan Thomas, travelled to An Port, further south to write poetry, but left without paying his bills.

Bloody Foreland,  also makes a refreshing contrast to the slopes of Brinlack and Derrybeg, round the corner, which are heavily peppered with larger modern houses and bungalows from the era of “Bungalow Bliss“.

This is the first time that I have been able to paint Ireland whilst in Ireland. Previously, I have worked from my photos back in Wales. Now I think that being surrounded by these colours all the time is affecting my work in a different way.

I am experimenting a little with less detail and letting my under painting show through more – to give a greater sense of the roughness of the landscape here. I am feeling my way. I don’t know how my paintings will develop in the future, but not knowing is a sort of freedom from painting the same thing in the same sort of way. 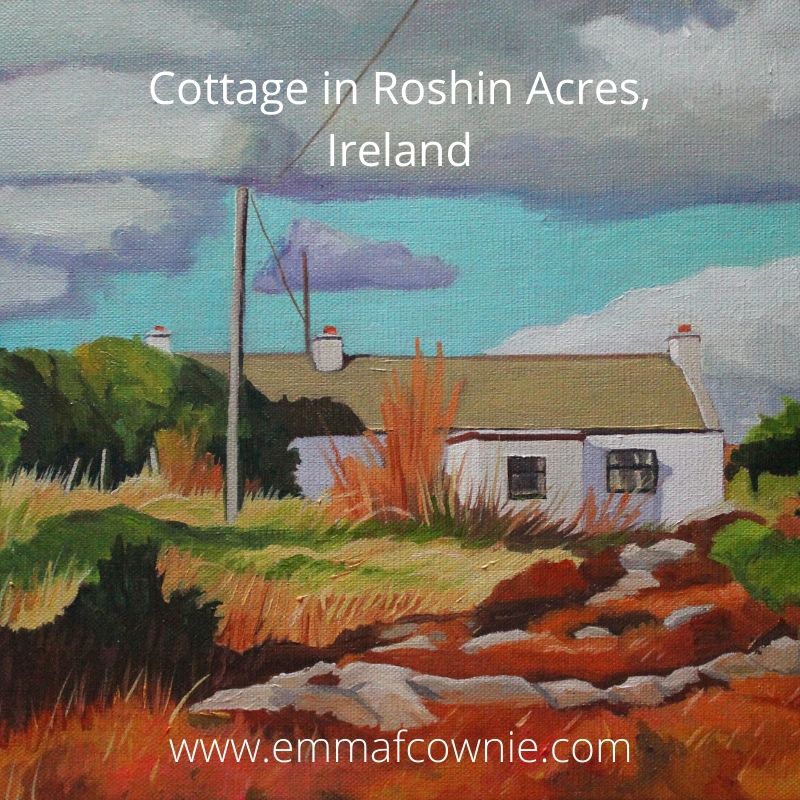