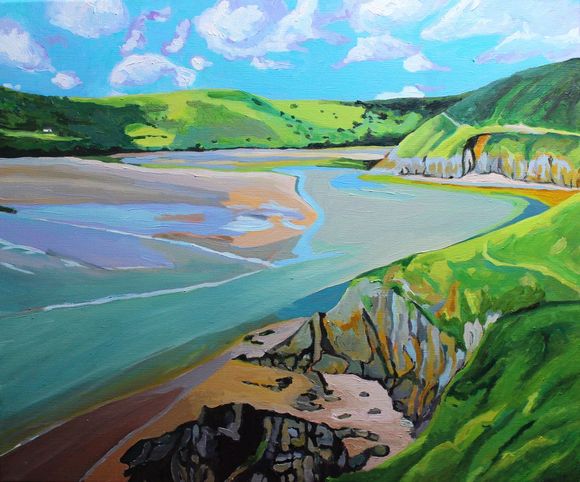 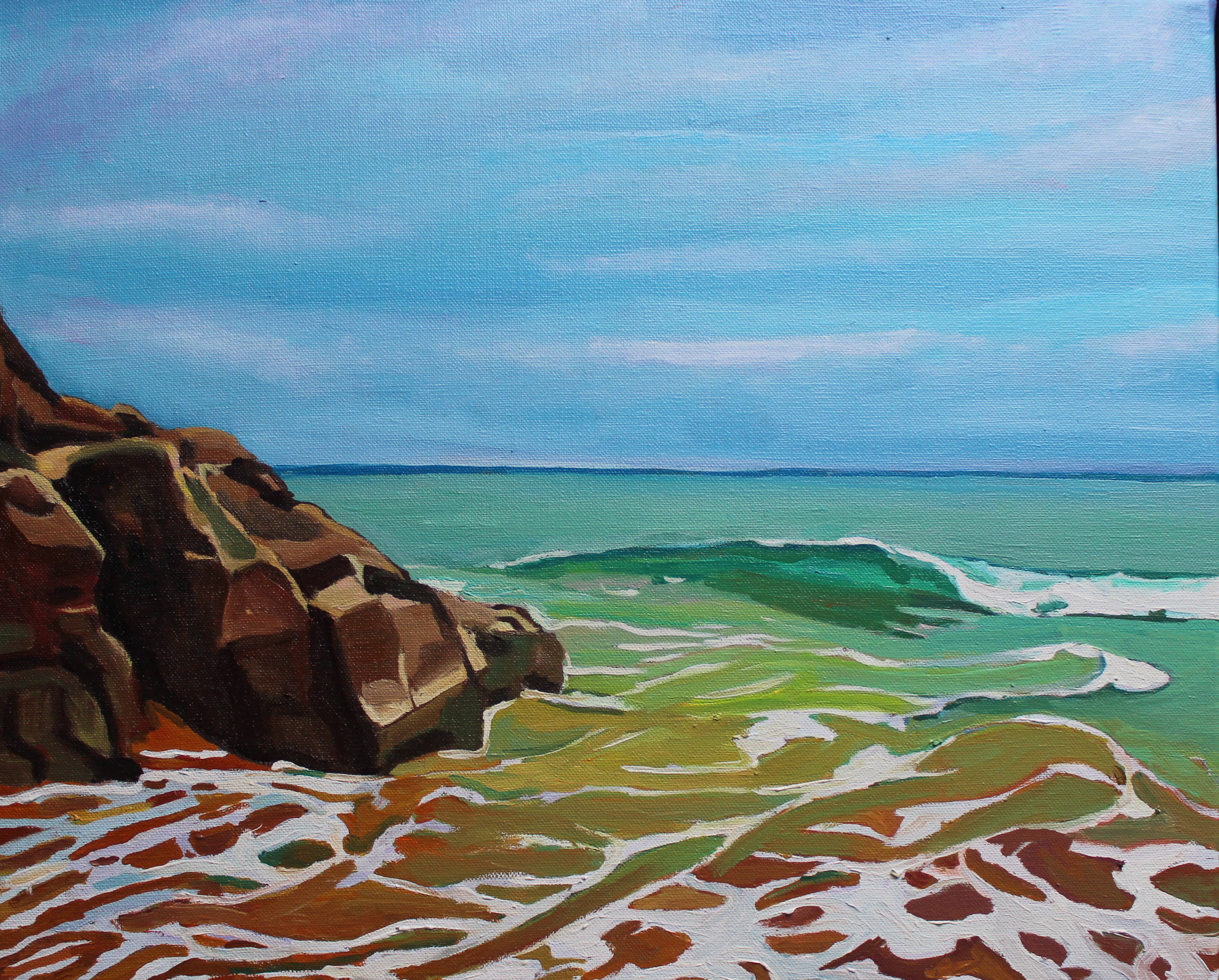 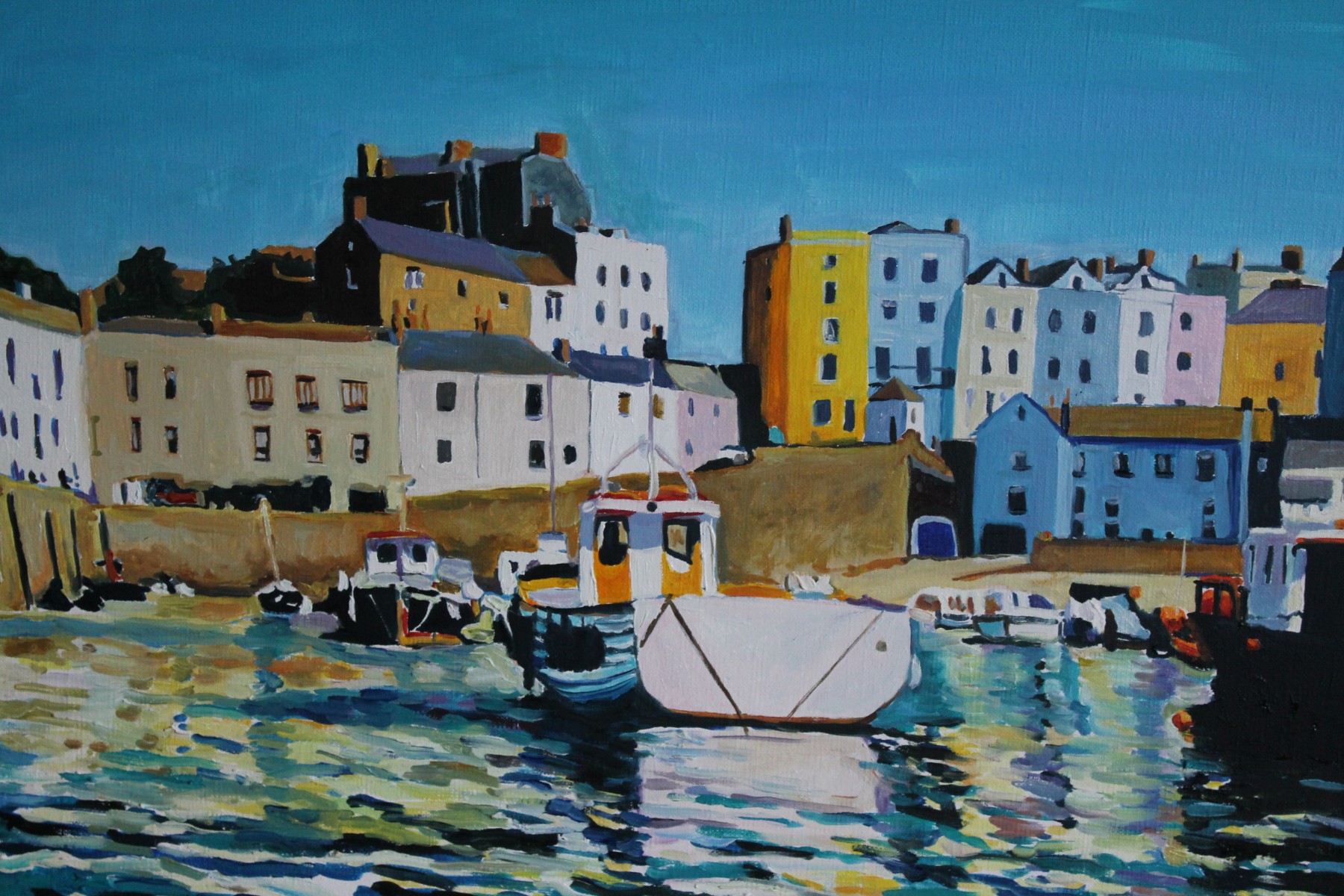 This is quite an unusual painting of Tenby into that the tide is fully in, and the boats bob on the lapping multi coloured strips of water, which add a crispness to the West Walian light and a rich vibrancy to the coloured Tenby terraced houses, which cwtch the Harbour and lighten the spirit with a sea-salted breathiness.