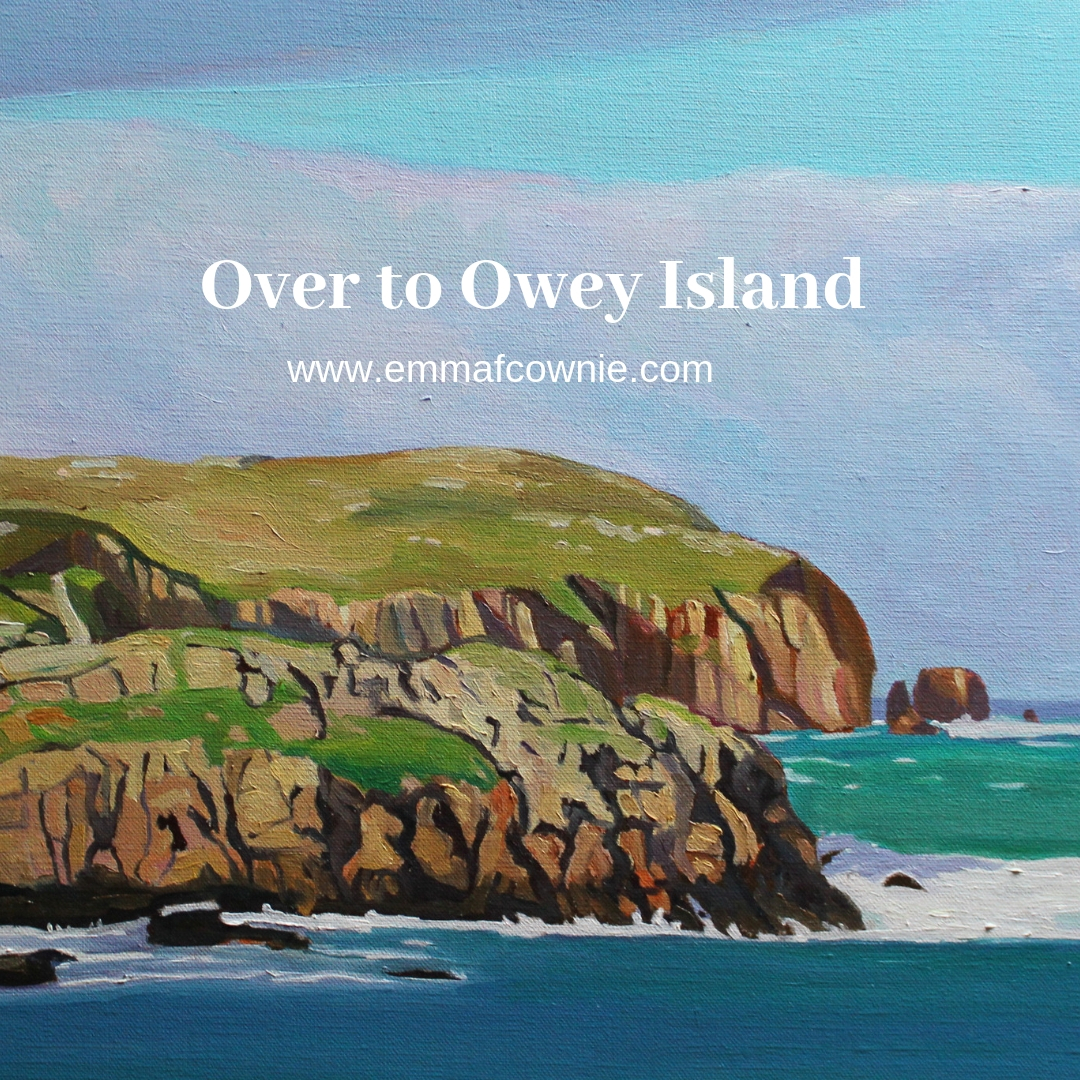 I love painting the coast, particularly if it’s rocky. Owey Island, lies just a short distance off Cruit Island near Kincasslagh in west County Donegal. Strictly speaking there have been no permanent residents since the 1970s. [Photos from http://www.welovedonegal.com/islands-owey.html]

There is no electricity or mains water, yet plenty of people visit and many visit during the summer months. If you want to visit, there is a ferry service run by Dan the Ferryman.

The name Owey, in Irish Gaelic “uaigh”, means cave. The island is a cavers, kayakers and rock climbers’ paradise.

The island is encircled by massive rock stacks and it also has an underground lake. As I am cave-phobic this video is the closest I will ever get to it!

I am fascinated by rock stacks and Donegal has plenty of them. I like to think of how these massive structures have gradually been eroded by wind and waves over thousands of years, forming first sea arches and then stacks.

I also love the colour of the rocks and the wild Atlantic Ocean. The ocean is incredible shades of blues, greens and mauves, mixed in with browns and frothing surf. Although I feel I am getting better at representing the layers of Donegal sky and clouds, but capturing the movement of the seas is still frustrating me.

If you to find out more about Owey Island see Ian Miller’s Unique Ascent’s website for detailed descriptions and incredible videos.

Just thought I’d add a post script about the “Holy Jaysus Wall”. I think if you look at photo of it you will understand the name. It makes me feel ill just looking at it!

Irish climber and alpinist John McCune, climbed it in 2014.

Here’s a fascinating film clip from the 1970s about Owey Island’s postman, Neil McGonagle, who used to visit the dwindling population on Owey Island by small boat four times a week to maintain the island’s contact with the outside world. 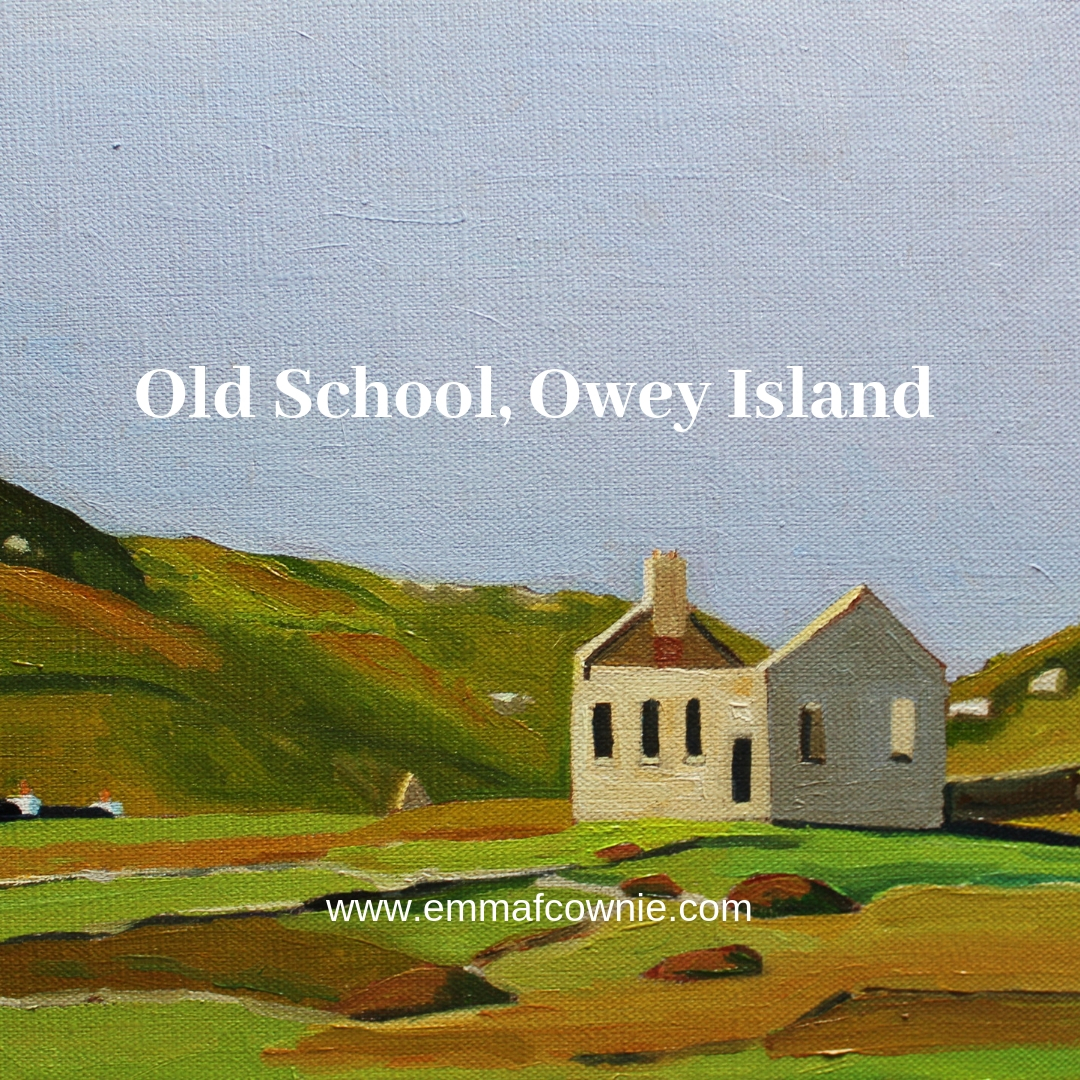